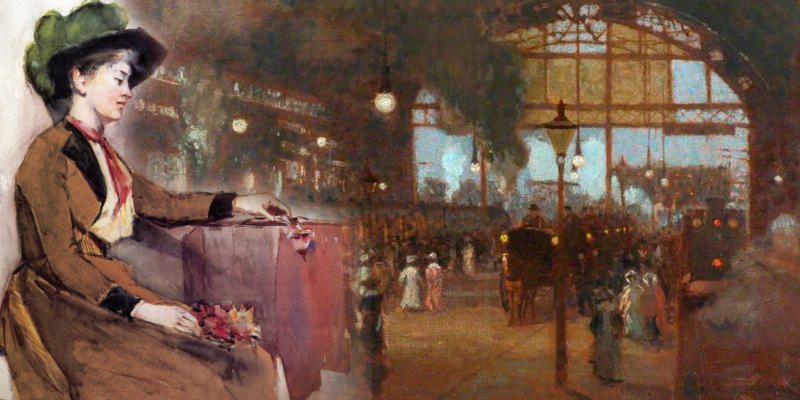 It was 10 am, 19th July 1843. Prince Albert stepped from the royal train which had arrived in Bristol from London as the band of the Life Guards played works by Labitsky and a selection from the “Ballet of Alma”.

Large crowds had gathered to see the spectacle. Streets were lined with flags, banners, flowers and ribbons. It was a mass of colour, an atmosphere of celebration, and a public holiday.

The prince had come for a special purpose—to launch the greatest ship the world had ever seen, the SS Great Britain.

At over 100 feet longer than her rivals, and the first screw-propelled, ocean-going, wrought iron ship, SS Great Britain would go on to cross the Atlantic in just two weeks—a journey that would take less than a week by the end of the century.

It was the successful development by the Victorians of steamships and railways, together with the electric telegraph, that gave them their unique place in history.V&A Museum

With the opening of the Suez Canal in 1869, longer journeys were being shortened by several days.

Like the steamship, rail travel opened the world to Victorians.

Legislation pushed through Parliament by Prime Minister Gladstone in 1844 helped trigger a railway boom. It also ensured that trains conformed to standards of speed and comfort whilst remaining cheap enough for most people to afford.

Excursions were a chief source of entertainment for Victorians. Many visitors to the Great Exhibition in London in 1851 travelled on excursion trains.

After the Bank Holiday Act of 1871, a day at the seaside became a national necessity.

Queen Victoria’s patronage greatly increased enthusiasm for railways. Throughout her reign, she travelled regularly by train. Not only were railways fast and convenient, but they provided Victoria and her family the opportunity to be seen by the people, giving the human touch to monarchy.

Comfort, convenience and safety would continue to improve over ensuing decades. The first lavatories appeared in the 1860s, and the first real sleeping cars were introduced between London and Glasgow in 1873. Six years later, passengers enjoyed dining cars on the service between Leeds and London.

Imagine the year is 1895. We’re on a journey of the world as seen through Victorian eyes thanks to the power of steam.

Sit back, relax, play the soundtrack, and travel through time …

We Wish You a Merry Christmas!