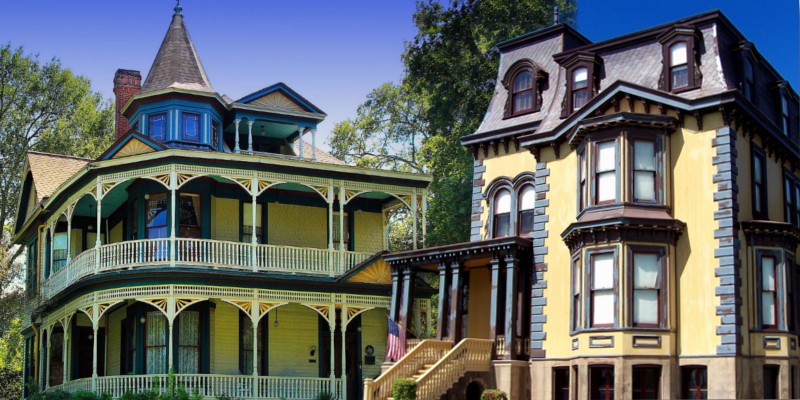 The National Register of Historic Places is the official list of districts, sites, buildings, structures, and objects deemed worthy of preservation in the United States.

Each year about 30,000 properties are added to the more than one million on the National Register.

Here are 10 beautiful Victorian homes in the great state of Texas that are listed on the National Register of Historic Places.

Immigrating from Germany to Texas in 1848, Groos and his brothers started a freighting firm and developed an associated banking business.

After the civil war, the banking business flourished, and in 1879 Groos became president of the first building in San Antonio dedicated to banking.

Built in 1895 and listed on the National Register of Historic Places in 1990, the house is considered a classic example of Victorian architecture.

The son of an early German immigrant, Frederick William Schuerenberg was a local businessman who owned a blacksmith shop in Brenham.

Constructed between 1850 and 1910, the Bremond Block Historic District is a collection of eleven historic homes in downtown Austin, Texas.

One of the few remaining upper-class Victorian neighborhoods of the middle to late nineteenth century in Texas, the block was added to the National Register of Historic Places in 1970.

Prominent in late-nineteenth-century Austin social, merchandising, and banking circles, six of the houses were built for family members of brothers Eugene and John Bremond.

The George W. Fulton mansion is one of the earliest Second Empire buildings in the Southwest United States.

It featured the most up-to-date conveniences for the time, including indoor plumbing, gas lighting, central heating, and built-in copper tubs in two of the bedrooms.

Located atop a bluff overlooking the Trinity River, this Queen Anne Victorian home was named after Joseph Robert Pollock, a physician who moved to Fort Worth in 1887.

Built of red brick and limestone, the house has a slate roof and an octagonal tower on its northeast corner.

Built between 1890 and 1892 in Rockport, Texas, the Queen Anne Style late Victorian was named after James M. Hoopes (1839–1931), a prominent local businessman and land developer.

The house was designated a Texas Historic Landmark in 1989, added to the National Register of Historic Places in 1994, and is currently a bed and breakfast.

Situated on the campus of the University of Texas at Austin, this late Victorian home was built in 1893 for Civil War veteran George Littlefield, a successful businessman in the banking and cattle trades.

Major Littlefield and his wife Alice bequeathed the house to the university, which is used as office and function space today.

Littlefield House was added to the National Register of Historic Places in 1970.

Built around 1892, this 14-room Queen Anne style house was named after Dr. H.P. Luckett, a prominent citizen of Bastrop who had practiced medicine there for almost 50 years.

The structure was listed in the National Register of Historic Places on December 22, 1978, and designated a Recorded Texas Historic Landmark in 2011.

A contributing property to the King William Historic District, the Norton-Polk-Mathis house is named after three former owners.

Later owners were rancher Edwin Polk and business leader Walter N. Mathis, who restored the mansion in 1968 after a long period as a boarding house.

The house was designated a Recorded Texas Historic Landmark in 1971 and is now a museum managed by the National Trust for Historic Preservation.

When W.H. and Miriam Stark died in 1936, their son Lutcher Stark closed the house. It was vacant until 1970 when a 10-year restoration project began.

Other examples of historic Victorian homes in Texas