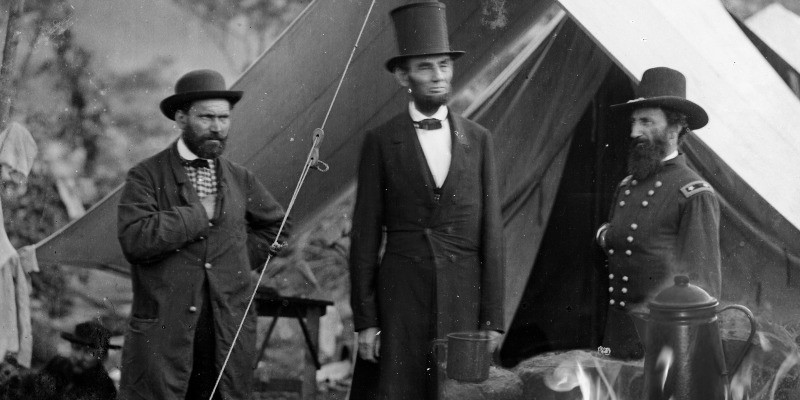 At the outbreak of the American Civil War, over half of America’s foreign–born population was British and Irish.

Many immigrants were escaping the famine in Ireland or poverty elsewhere or were lured by demand for skilled workers in the rapidly industrializing North.

You’d expect there to be at least some tea-drinking on the battlefields wouldn’t you?

Proclaiming Britain’s neutrality in the American Civil War in 1861 didn’t stop British subjects from enlisting in the Union and Confederate armies.

Many sought adventure, fame, and fortune—perhaps 50,000 British and Irish men and women joined the American conflict.

The price of tea had been falling steadily in Europe during the 19th century, especially when Indian tea started to flood the markets.

For Britain and Ireland, it meant that tea quickly became the everyday beverage of choice for all levels of society.

This food list from the Civil War indicated that tea was listed as a staple for both Union (left side) and Confederate soldiers.

In fact, Union blockades on coffee might have increased demand for tea in the south. 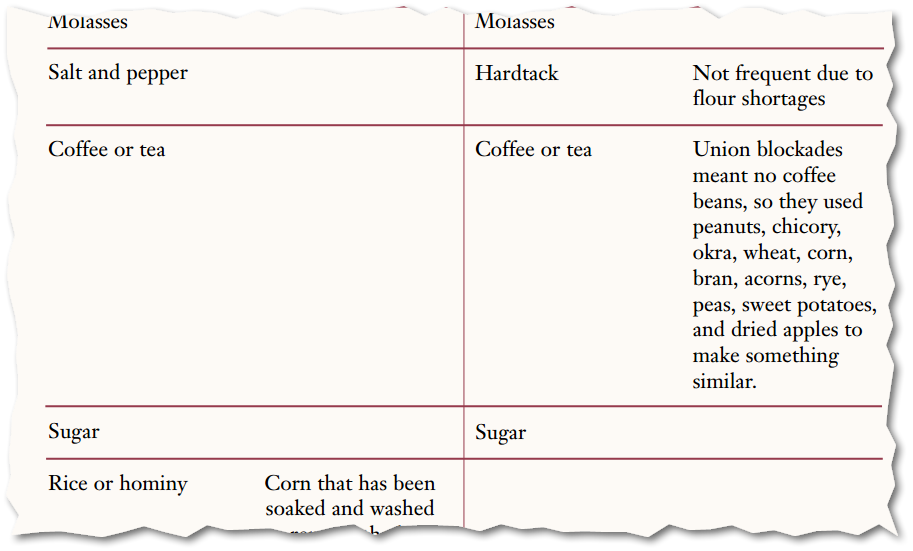 In her article, Anne Hertzler, who was Professor of Human Nutrition, Foods and Exercise at Virginia Tech from 1980-2001, explains the likely reason for the rise of coffee as the beverage of choice for civil war soldiers and eventually the whole nation.

In 1832, President Andrew Jackson ordered coffee and sugar substituted for the daily liquor ration in the military.

By the time of the Civil War, coffee was earning a reputation on the battlefield as an important “fuel” that helped soldiers remain alert.

In his NYTimes article—How Coffee Fueled the civil War—Jon Grinspan said that soldiers wrote about coffee in their diaries more than practically anything else.

Did the Union’s better coffee provisions help it win the war?

In his 1888 memoir of military service, Hardtack and Coffee, Union Army soldier John Billings, a veteran of the 10th Massachusetts Volunteer Artillery, wrote:

What a Godsend it seemed to us at times! How often after being completely jaded by a night march . . . have I had a wash, if there was water to be had, made and drunk my pint or so of coffee and felt as fresh and invigorated as if just arisen from a night’s sound sleep!

Coffee was considered essential to the Union army. Whenever men stopped for a break, they gathered wood for small fires.

Out came the pot or “boiler” and a steaming cup of refreshing coffee could be brewed in less than 10 minutes by experienced veterans. Even prisoners were served coffee.

But in the South, it was a different story. By 1862, coffee supplies in the south were exhausted.

In the Memphis Daily Appeal newspaper of November, 1861, was printed a recipe for a coffee substitute.

Take sweet potatoes and after peeling them, cut them up into small pieces about the size of the joint in your little finger, dry them either in the sun or by the fire, (sun dried probably the best,) and then parch and grind the same as coffee.  Take two-thirds of this to one-third of coffee to a making. Try it, not particularly for the economy, but for its superiority over any coffee you ever tasted.

After the war, returning soldiers continued their coffee craving, and before long, it had become the national beverage of choice.

And the rest is history, as the saying goes.

Whatever happened to tea?

Iced tea now makes up about 85% of tea consumption in the US and is especially popular in the southern states.

The “Beau Monde” High Fashion of the 18th Century