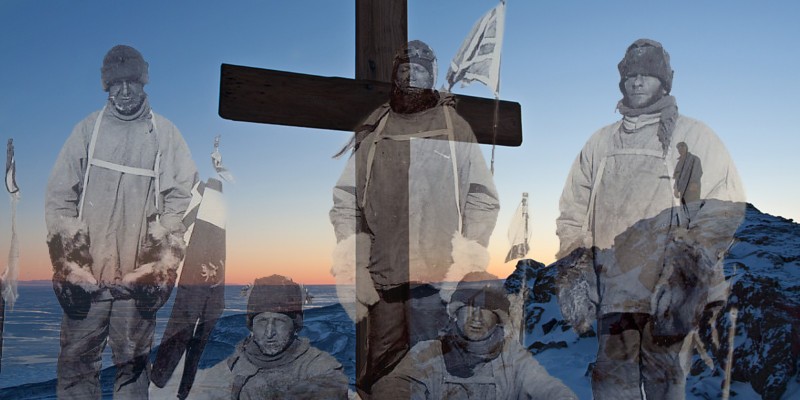 The main objective of this expedition is to reach the South Pole, and to secure for The British Empire the honour of this achievement.

The “Heroic Age of Antarctic Exploration” was a period when the Antarctic continent became the focus of an international effort for scientific and geographical exploration.

Ten countries launched 17 major Antarctic expeditions at a time when success hinged on feats of personal courage that tested human endurance to the very limit.

Heroes were born, some of whom did not survive the experience.

This is the story of the South Pole march of the British Terra Nova Expedition team—the last leg of a journey to the end of the world, and one that would bring bitter disappointment and heartbreaking tragedy.

The team were in high spirits on board the Steam Yacht Terra Nova and disembarked with enthusiasm for the voyage of a lifetime.

On 17 January 1912, Scott arrived at the South Pole only to find Roald Amundsen‘s Norwegian expedition had already set up camp.

In his journal, he wrote,

Great God! This is an awful place, and terrible enough for us to have laboured to it without the reward of priority.

Scott had been beaten, and now faced an 800-mile trek back to base camp. With 150 miles to go, Scott and his companions were caught in a blizzard and perished.

He kept a journal with a moving account of their tragic demise as they slowly froze to death.

The whole team knew what they were up against, as Scott had described a storm the year earlier:

We have had the worst gale I have ever known … The wind started at about mid-day on Friday … exceeding 70 m.p.h. I was struck with the impossibility of enduring such conditions for any length of time. One seemed to be robbed of breath; the fine snow beat in behind the wind guard, and ten paces against the wind were sufficient to reduce one’s face to the verge of frostbite. Their struggle back to base camp showed the bravery, courage, and honor of these five men.

Knowing his severe frostbite was slowing the team’s progress, Lawrence Oates sacrificed his own life to improve the chance of survival for his companions.

On the morning of March 16, Oates walked out of their tent into the blizzard and certain death in the -40°F temperatures.

According to Scott’s diary, these were Oates’ last words before he left the tent:

I am just going outside and may be some time.

Meet some of the other heroes on Scott’s team. 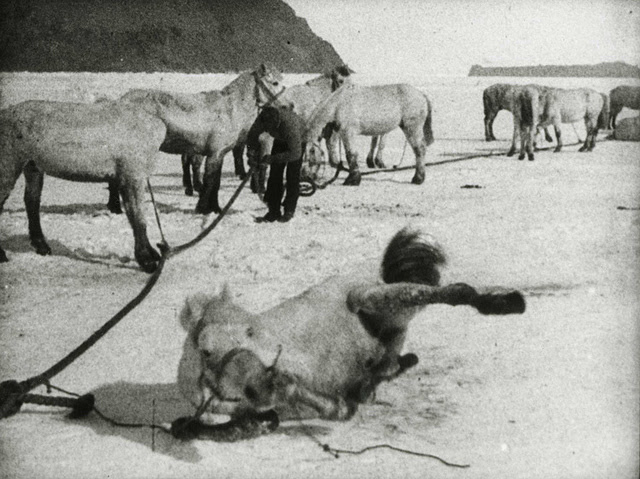 Although Amundsen’s Norwegian team used dogs exclusively, Scott’s team relied on ponies to do much of the hauling, which were ill-suited to work on snow and ice without snow-shoes.

On Thursday, March 29th, Scott made the final entry in his Journal:

Since the 21st, we have had a continuous gale from W.S.W. and S.W. We had fuel to make two cups of tea apiece and bare food for two days on the 20th. Every day we have been ready to start for our depot 11 miles away, but outside the door of the tent it remains a scene of whirling drift. I do not think we can hope for any better things now. We shall stick it out to the end, but we are getting weaker, of course, and the end cannot be far. It seems a pity, but I do not think I can write more. R. SCOTT. For God’s sake look after our people.

Following the news of his death, Scott became an iconic British hero, a status reflected by the many permanent memorials erected across the nation. Scholars have debated Scott’s legend, and although some questions were raised about his character and errors by his team, they concluded that the ill-fated outcome of the expedition was largely due to misfortune.

Scott’s mission was not in vain. His team made groundbreaking scientific discoveries. Of the 2,000 specimens of animals collected, including 400 new discoveries, the most important was a trio of Emperor penguin eggs—seen  as long-awaited proof of Darwin’s theory of evolution.

Scott’s team also discovered a fossil link that helped changed the geological understanding of the planet. Read more in the fascinating BBC article “Four things Captain Scott found in Antarctica (and one that found him).”

The “Beau Monde” High Fashion of the 18th Century