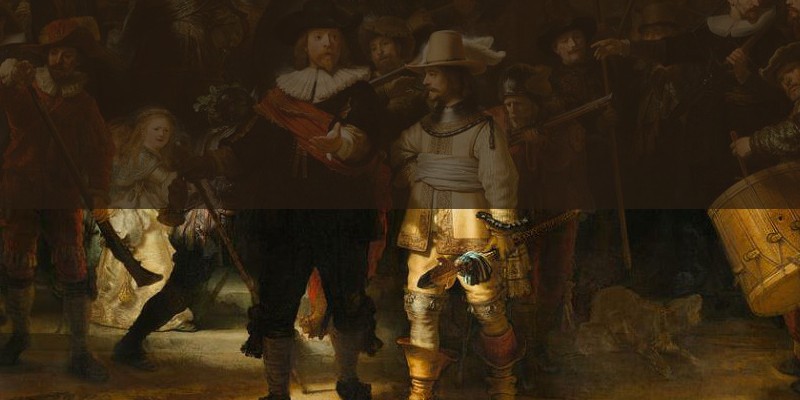 Rembrandt’s “The Night Watch’ is arguably the most famous painting in the Netherlands.

It was painted in 1642, during the Dutch Golden Age—a time when Dutch trade, science, military, and art led the world.

With the largest fleet of merchant ships, the Dutch Republic had built a vast colonial empire, and the County of Holland had become  the wealthiest and most urbanized region in the world.

This was a time when militia groups in Amsterdam—elite citizens who had helped defend the city against the Spanish Empire—paraded ceremoniously in public displays of civic pride.

It was one such group—the Amsterdam civic guard company of musketeers—that commissioned Rembrandt to paint “The Night Watch.”

But there’s something odd about the name “Night Watch”: it was not the name of the original painting.

By the end of the 18th century, the painting had accumulated so many layers of varnish and dirt, that it looked like the scene took place at night—and hence, it was misnamed “The Night Watch”.

The below image depicts how it might have looked when obscured by the build up of varnish.

Art historians believe the original name would have been similar to other contemporary portraits, essentially named after the most prominent subjects in the painting: “Officers and Men of the Company of Captain Frans Banning Cocq and Lieutenant Wilhelm van Ruytenburgh.”

When the painting was cleaned, it was clear that although still dark because of the Italian Baroque style, it depicted a daytime event.

In the Night Watch, Rembrandt takes group portraits in a new and exciting direction. He imposes a hierarchy on the figures, throwing the two central figures in a glowing baroque light to make them stand out. It’s almost as though a spotlight is casting a dark shadow of the captain’s outstretched hand onto the dazzling pale yellow uniform of his lieutenant.

There is so much going on in the painting to emphasize movement. There is a story unfolding.

Skill with the musket was this militia group’s specialization, and we see three stages in the use of the firearm.

There’s an interesting narrative around the strangely glowing figure of a girl to the left of center. She is believed to be a mascot for the musketeers. At her waist, she carries a dead chicken, the prominent claws of which symbolize the emblem of the Musketeers.

Shown below is the chain of the Amsterdam Company of Arquebusiers (musketeers). Some of the links are decorated with claws—the emblem of the musketeers, as depicted by the little girl mascot above.

The Musketeers would hold shooting contests, and the winner–the “king” of the guild–was allowed to wear the chain for a year.

Rembrandt skillfully involves the viewer in the story—almost as if the figures are interacting with us. The spear of the lieutenant and the Captain’s hand have almost a 3D quality and appear to enter the space of the onlooker. 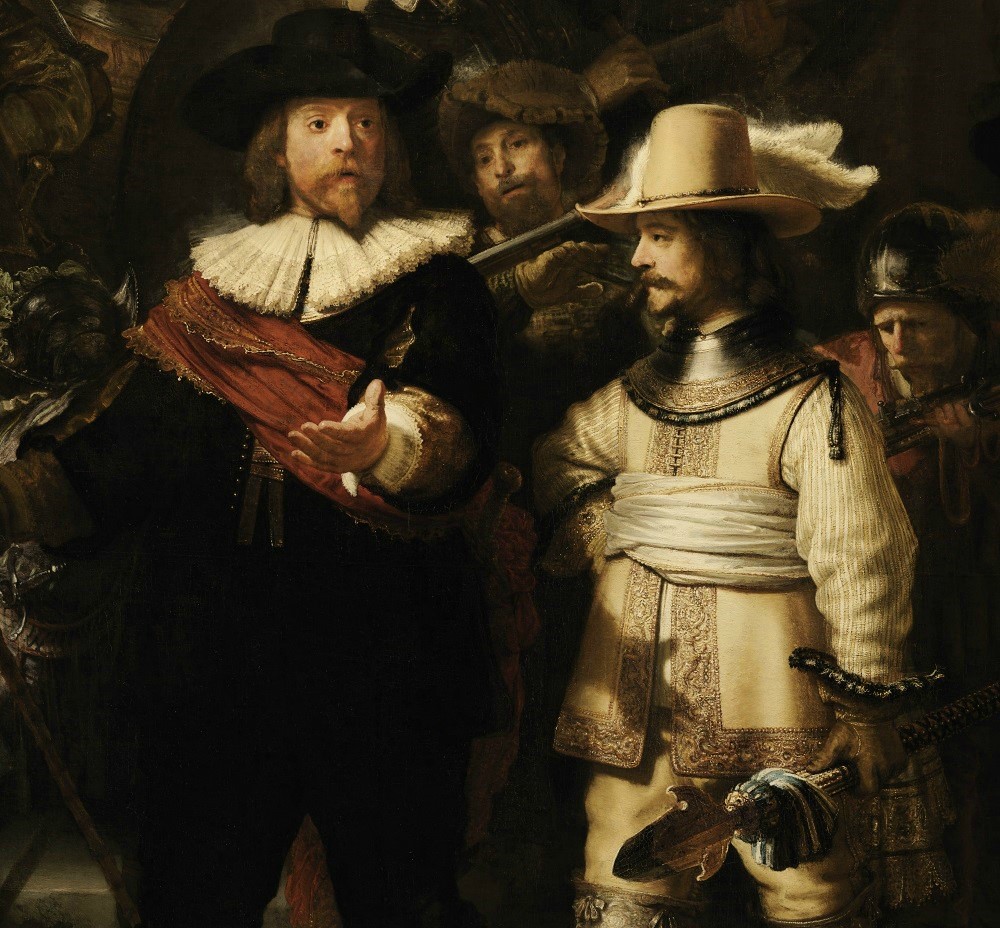 As the dog barks at the excitement of the drumming (below, bottom left), and the standard-bearer hoists up the flag of the militia, the captain is calling together the group—to stop what they are doing and move forward. 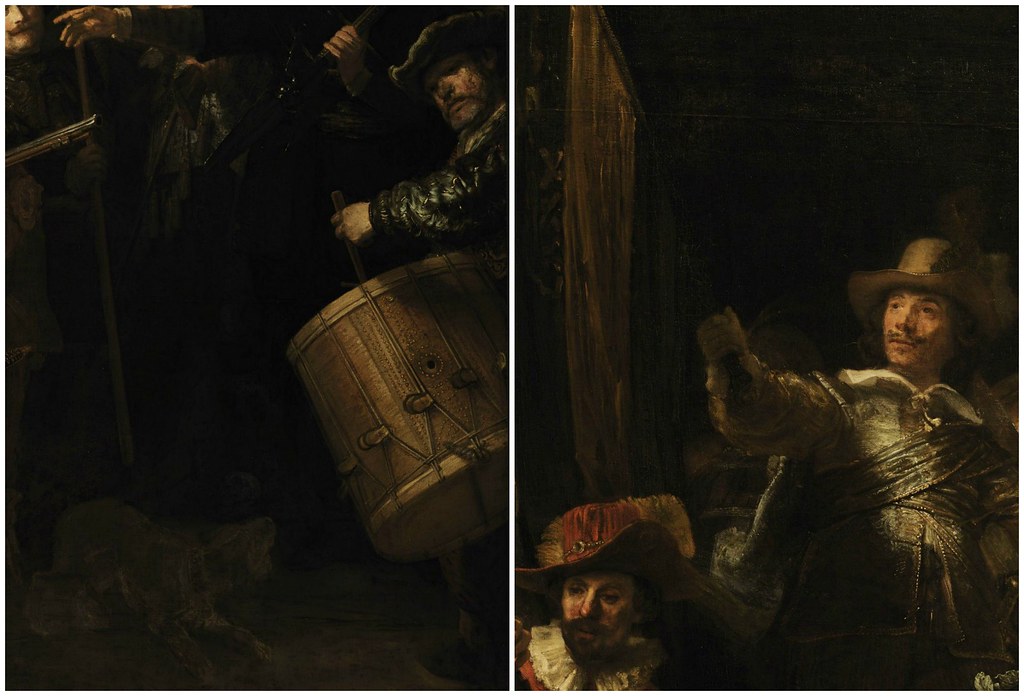 Hope you’ve enjoyed the history lesson from Rembrandt as much as we have.

Now it’s time to look at the real painting as it hangs in the Rijksmuseum in Amsterdam.

30 Beautiful Paintings of the American West by Albert Bierstadt