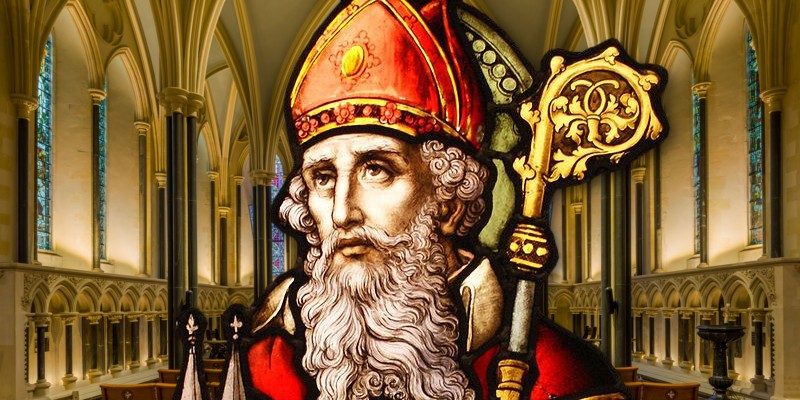 Saint Patrick was a 5th-century Christian missionary from a Romano-British family.

Known as the “Apostle of Ireland”, to help teach Christianity to his pagan followers, he combined the sun cross with the Christian cross to form the Celtic Cross and used the shamrock as a metaphor for the Christian Holy Trinity.

His life is honored every year on March 17.

Church buildings around the world are named after St Patrick. Here are three of the most beautiful.

Founded in 1191, Saint Patrick’s Cathedral in Dublin is the largest church in Ireland.

From humble beginnings as a Celtic parish church, in 1192 Dublin’s first Anglo-Norman Archbishop raised its status to a collegiate church devoted to both worship and learning.

The author Jonathan Swift, who wrote Gulliver’s Travels, was Dean of the cathedral from 1713 to 1745.

The Cathedral of Saint Patrick in downtown Harrisburg, Pennsylvania, is part of the Harrisburg Historic District on the National Register of Historic Places.

Completed in 1907, the Baroque- and Renaissance-Revival cathedral is capped with a classically influenced dome. Granite from North Carolina covers the exterior.

The original altar was styled after the Bernini altar at the Chapel of the Blessed Sacrament in St. Peter’s Basilica, Rome.

The main nave is flanked by granite columns that support a vaulted ceiling.

The forty-four stained glass windows in the nave were imported from Munich, Germany.

The original pulpit featured carved figures of four evangelists with the Lamb of God standing on the Mystic mount and styled after a fresco found in the Roman Catacombs.