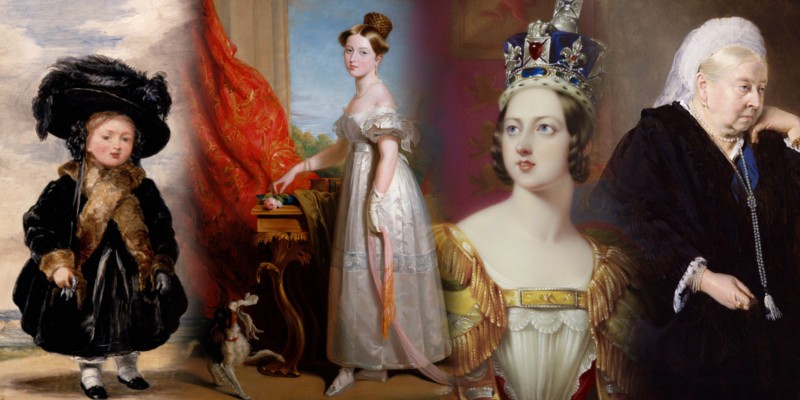 Queen Victoria’s grandfather, George III, was the first of the Hanoverian line to be born in England.

So enamored was George with England that he never once stepped foot out of it.

But spending so much time building a family may have had something to do with that.

With such a large family, George and Charlotte were confident of securing a line of succession.

But fate had other plans.

And in 1817, Princess Charlotte Augusta of Wales, the only child of the Prince Regent died giving birth to a stillborn son, creating a succession crisis.

The situation in 1817 was quite unusual.

At the time, George III’s reign was the longest in English history.

Of his seven sons who survived into adulthood, three were middle-aged bachelors, and the four who were married were childless.

Three of his five daughters were married with no children and two were elderly spinsters.

And so the succession spotlight fell on the three unmarried sons.

The third son, William, Duke of Clarence, was 52 years old; the fourth son Edward, Duke of Kent and Strathearn, was 50; and Adolphus, Duke of Cambridge was 43.

Their mission, which they accepted, was to marry without delay.

By June 11, all three had dutifully wed German princesses as their custom dictated.

At the time of his marriage, Edward’s career had been far from glittering.

His military service ended when, as Governor of Gibraltar, he roused a mutiny among the troops.

At age 36 and without employment, he retired for a time to the leafy London suburb of Ealing.

As a boy, his German tutor kept him so short of pocket-money that he developed a lifelong habit of accumulating debt.

For a time, he even had to seek asylum in Belgium from an army of creditors.

But all that changed with the succession crisis.

His bride was the 32-year-old widow Mary Louisa Victoria, commonly known as Victoria.

She was the youngest of eight children of Francis Frederick Antony, the reigning Duke of Saxe-Coburg and Saalfeld.

Mary Louisa Victoria’s life was clouded by superstitions from the moment she was born.

Her birth coincided with the death of Frederick the Great, the King of Prussia.

So enamored were the Prussian people with their king that they nicknamed him “Old Fritz”.

This completely overshadowed Mary Louisa Victoria’s birth, which from that day forward would be a day of mourning for Fritz instead of a celebration of her arrival.

Last of the Hanoverians

Whether or not the alliance of the Duke of Kent and his spouse Princess Victoria would have taken place under less urgent circumstances, it created the longest-reigning monarch in British history—Queen Victoria—surpassed only by the present Queen Elizabeth II.

Victoria was born on May 24, 1819, and christened Alexandrina after Alexander I of Russia, and Victoria after her mother.

Known as the Victorian Era, Queen Victoria’s reign of 63 years and seven months was a period of industrial, cultural, political, scientific, and military growth in the United Kingdom and the British Empire.

Victoria was the last of the Hanoverian line in Britain. Her son and successor, Edward VII, belonged to the House of Saxe-Coburg and Gotha, the line of his father.

Know your Queen Victoria history? Have a go at our quiz …

Redlands – A Victorian Jewel of the “Inland Empire”