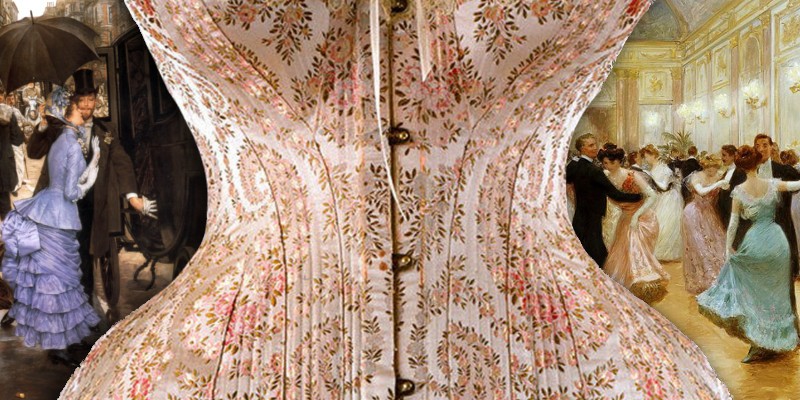 Before it became popular to lift heavy objects for an hour or run down the street for fun (known to Victorians as “work”), people of leisure got into shape using a single piece of wearable equipment that didn’t weigh much at all — the corset.

This fantastic invention is possibly the fastest way to get into shape known to mankind—and it’s stood the test of time for several centuries.

Slip one of these on and we look absolutely fabulous! 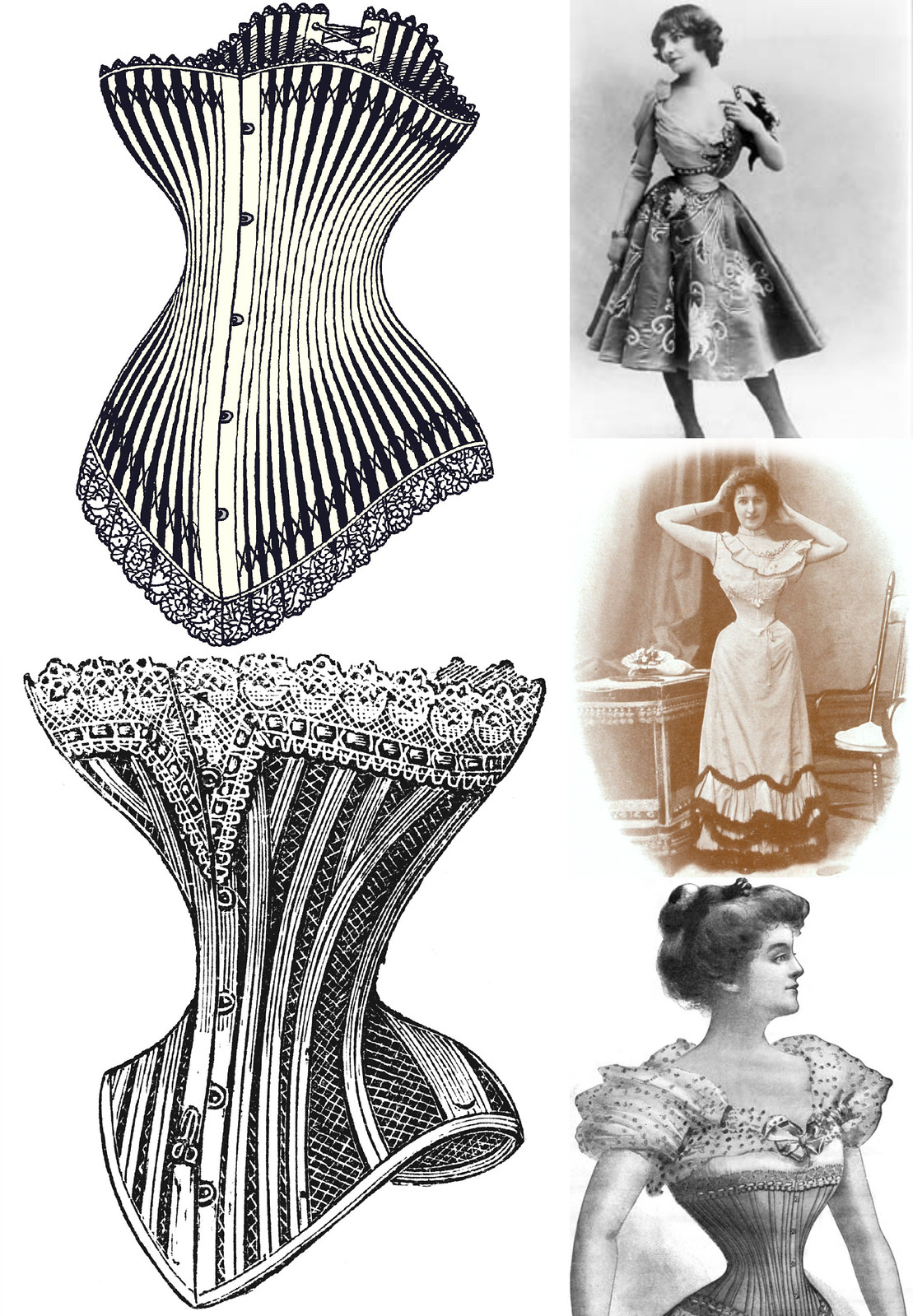 Being an innovative lot, the Victorians over-engineered the corset to reduce waist size down to an incredibly small 16″ (40cm). (The smallest waist in recorded history was that of Ethel Granger at 13″ (33cm) ).

And the Victorian Secret applied equally to men.

Wall paintings and statues from Minoan Crete (3rd millennium BCE) depict women wearing tight bodices that are thought to be the oldest known examples of corsets.

But our story begins with a powerful Italian lady by the name of Catherine de’ Medici.

When Catherine became Queen of France in 1547, as the wife of Henry II of France, she required everyone attending court to sport a slim waistline.

Biographer Mark Strage called her the most powerful woman in sixteenth-century Europe.

So feared was Catherine that rumours circulated about her eating little children.

With Catherine’s influence behind it, the corset’s future looked rosy.

Initially a simple bodice stiffened with whalebone or reed, the early corsets were worn only by the aristocracy.

They were often called “a pair of bodies” because they were made in two pieces that fastened together, most often with lacing.

In the 17th and 18th centuries, “stays” became fashionable.

They provided support, held the shoulders back, and gave a conical shape to the upper body.

With or without shoulder straps, the most basic were made of leather and simply wrapped around the torso, then tightened with lacing at the back.

The upper classes could afford custom-made stays, but in both cases, just how tight one should lace them became a matter of controversy and satire during the late 1700s and early 1800s.

This is where the term “strait-laced” comes from—strait (with no “gh”) meaning tight, as in rigid in manners of conduct.

The French Revolution threatened to wipe the corset from the annals of history when the “Empire Silhouette” came into fashion.

But this style didn’t last long. As full skirts and small waists began to dominate the fashion scene, the body-shaping qualities of the corset once again won people over.

Men continued to wear corsets, but claimed it was for medicinal purposes—the old “back pain”.

Once the Victorians had figured out how to mass-produce corsets, there was no turning back.

By 1850, steel was used for boning and eyelets, allowing corsets to be laced very tightly indeed.

In fashionable London, tight lacing was a serious affair—even for one’s teenaged daughters.

An article in the New York Times read:


…tight lacing is fashionable again. One of the most exclusive corsetieres in Oxford Street, who is the authority for the statement, said today: We are on the verge of another tiny-waist craze. The demand for the smaller sizes in corsets has doubled in the last six months. Eighteens are now in common demand and orders for seventeen-inch and sixteen-inch corsets have greatly increased in the last few weeks. Not a few of my clients are systematically training for the fashionable measurements. When the eventual size is decided upon, three pairs of corsets are made, one for ordinary wear, one for special occasions, and another for night wear. To take a typical case, a young lady was brought to me by her mother at the beginning of the year. The girl, who was 16 years old, was tall and already possessed of a well-developed figure. She had a waist that measured twenty inches. Her mother was desirous that it be reduced to sixteen inches. I provided three pairs of corsets of graduated sizes, and the young miss wore sixteen-inch corsets, laced close the week before last at the Buckingham Palace garden party. She and her mother were so delighted with the effect that the girl came to me a day or two later to be measured for a pair of fifteens for dress occasions.

In Europe, the tight-laced corset won royal patronage courtesy of Empress Elisabeth of Austria “Sissi”, who used tight-lacing to reduce her waist to the coveted 16″ (40cm).

She became obsessed with her trademark “wasp waist”, and her lacing procedure sometimes took an hour.

Sissi’s youngest daughter adopted her mother’s fixation with extreme slenderness and is said to have been terrified when, as a young girl, she met Queen Victoria for the first time.

In the Edwardian era, corsets became longer and straight at the front, with a pronounced curve at the back.

This pushed the upper body forward and the posterior out, creating a profile known as the “S-Curve” or “S-Bend.

With the post-Edwardian period came the last stand of the corset before it was to fall out of fashion in favor of the girdle in the 1920s.

The corset was dead. Long live the corset.
Contains affiliate links
Today, the corset lives on in the fashion world thanks largely to the goth and steampunk subgenres, but thanks to new latex rubber materials, also as an inexpensive body shaper.

Undoubtedly, taken to an extreme, the whims of fashion can be deleterious to health. But the age of corsets personifies the human fascination with the art aesthetic.

16 Stunning Sofas from the 18th and 19th Centuries