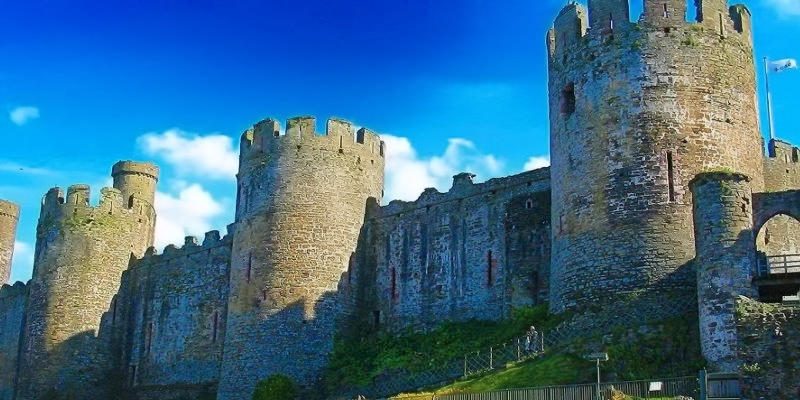 Stand on the banks of the River Conwy at night and gaze across at the floodlit Conwy Castle, its eight majestic towers rising to the heavens out of solid rock, and you get the measure of the man that was King Edward I (1239–1307).

At 6ft 2in tall, Edward towered above his contemporaries. A man to be feared, who could intimidate, but a man who earned respect as a warrior, an administrator, and a man of faith.

Nicknamed “longshanks”, meaning “long legs” or “long shins”, some historians believe his height and long limbs gave him an advantage in battle—all the better for wielding the sword.

Edward is an Anglo-Saxon name, which was unusual for a Norman aristocrat. His father, Henry III, chose the name in honor of Saint Edward the Confessor, one of the last Anglo-Saxon kings, and the only king of England to be canonized.

Could this connection with an Anglo-Saxon saint have given Edward the courage to do what none of his predecessors had been able to do: Conquer Wales?

Edward was no stranger to courage. In the Second Barons’ War (1264–1267)—a civil war between the King and several barons led by Simon de Montfort—Edward fought alongside his father and routed part of the baronial army with a cavalry charge. But he let ego get the better of him—chasing the enemy as they scattered, and leaving King Henry’s center exposed. Edward tasted defeat and was taken hostage.

A year later, in a daring plan demanding skill and bravery, Edward escaped and joined forces allied to the Crown.

As if that wasn’t enough excitement for the 24-year-old Edward, once the baron’s rebellion was completely put down and England pacified, he went on a crusade to the Holy Land.

The Ninth Crusade was the last major medieval Crusade, and overall enthusiasm for the cause was waning. Despite some impressive early victories, an epidemic, a devastating storm, and a series of failed raids caused the crusaders to withdraw, with little to show for their efforts.

Although Edward wanted to continue fighting, an assassination attempt left him weakened from a poisoned wound. When he received news of his father’s death and his own accession to the throne of England, he began the return journey—taking two whole years.

When Edward was back on English soil, trouble started brewing between the Marcher Lords (nobles guarding the English-Welsh border) and an increasingly powerful prince of Wales—Llywelyn ap Gruffudd, who refused to pay homage to Edward and was even planning to marry the daughter of Edward’s old enemy, Simon de Montfort.

Edward declared war and invaded Wales with a large army, forcing Llywelyn to surrender and stripping him of all Welsh lands, but for the far northwest corner—Gwynedd.

Within eight years, the Welsh rose up against Edward. This time, Welsh forces made good early progress with victories at the Battle of Llandeilo Fawr and the Battle of Moel-y-don. But their luck didn’t hold. Edward prevailed and his conquest of Wales was complete.

To prevent further Welsh uprisings, Edward started building massive stone fortifications known as the Iron Ring—the most ambitious project of its kind in Europe. Some castles had been built by his father, which he strengthened, but his focus was building huge new fortifications in Gwynedd.

Click here to continue learning about the chivalrous King Edward I ...

UNESCO considers the sites to be the “finest examples of late 13th-century and early 14th-century military architecture in Europe.
Contains affiliate links

Press play to add atmosphere as we journey back in time to Wales circa 1283. the fairest castle that man ever saw

The polygonal towers and banded colored stone give it a unique appearance compared with Edward’s other castles.

Legend holds that when Roman Emperor Magnus Maximus was out hunting one day, he rested under a tree and fell asleep. He had a dream of a fort, “the fairest that man ever saw”, at the mouth of a river in a mountainous country.

Nearby Caernarfon, a Roman fort called Segontium once stood. Edward believed it was the castle in Maximus’s dream and decided to build the fairest castle that man ever saw at the mouth of the River Seiont in the mountainous country of Wales. Caernarfon Castle is born of a dream. 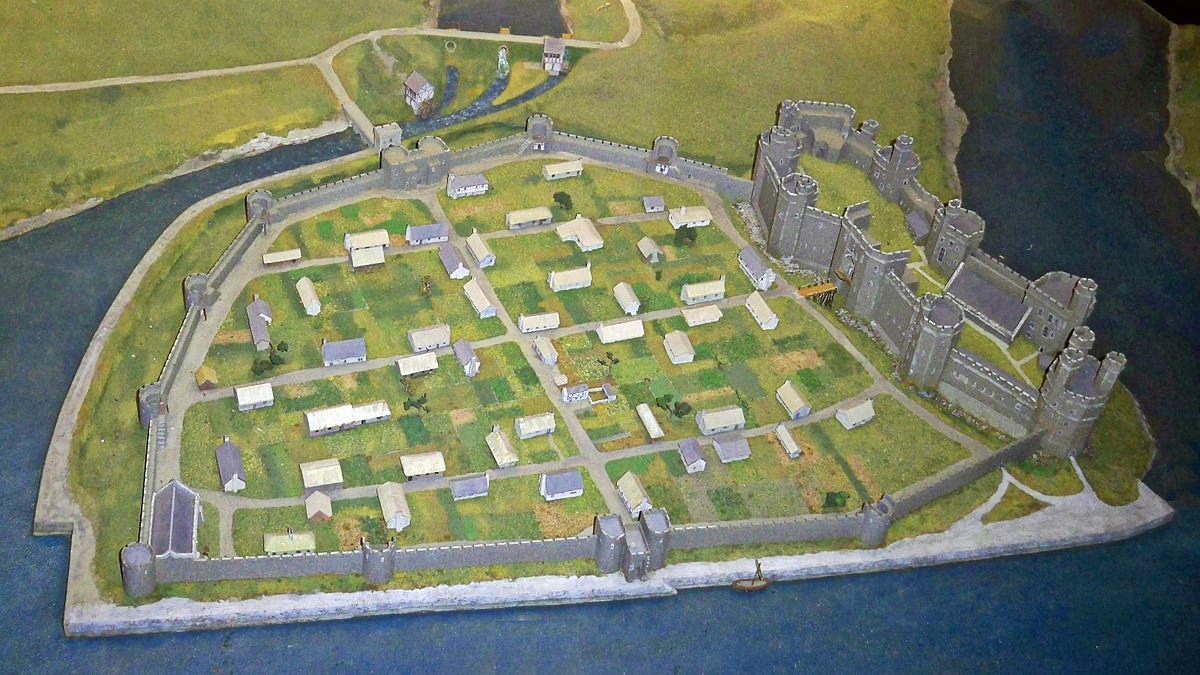 Defended by eight towers and two barbicans, Conwy Castle sits on a coastal ridge overlooking the estuary of the River Conwy.

The castle would originally have been white-washed using a lime render. What a sight that must have been on a sunny day—a white castle shimmering in the sunlight.

Visitors entered through a barbican, complete with drawbridge and portcullis. Conwy has the oldest stone machicolations in Britain—openings through which stones, or other objects, could be dropped on attackers.

Both Caernarfon and Conwy have walled towns adjacent to the castle. This meant that the town and castle were mutually dependent on each other—the castle giving protection and the town providing trade. Harlech Castle is built high on a rocky outcrop with a commanding view of the Irish Sea and surrounding countryside.

Its concentric design features a massive gatehouse that is thought to have provided accommodations for high-ranking visitors.

Housed within an inner wall were a great hall, chapel, granary, bakehouse and small hall.

In the 13th century, the sea came much further inland to the outer wall, which ran around the base of the outcrop, allowing the castle to be resupplied by boat during a siege. Setting Beaumaris apart from the other castles in the UNESCO-designated Iron Ring is its location on the Isle of Anglesey as opposed to mainland Wales.

Like Harlech, Beaumaris could also be supplied by sea in the event of a siege.

The Prince of Wales

In 1284, a baby boy was born in Caernarfon Castle—the future King Edward II.

In hopes that it would help pacify Wales, Edward I bestowed on his son the title “Prince of Wales”. As a 16th-century clergyman put it,

borne in Wales and could speake never a word of English.

To this day, the heir to the throne is titled “Prince of Wales”.