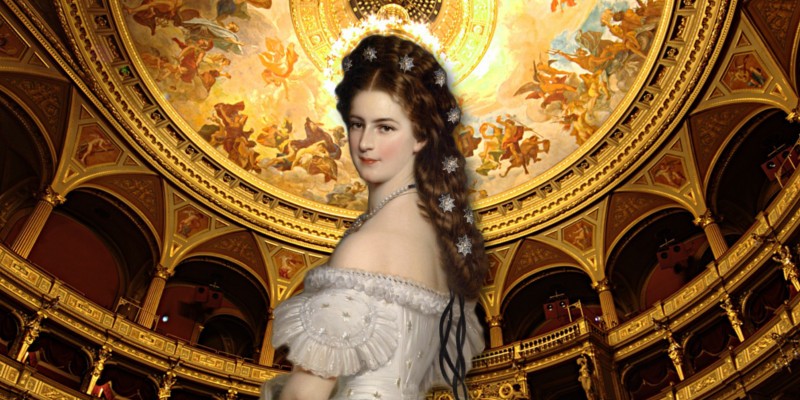 Join us as we take a journey inside some of the world’s great opera houses.

Imagine we’re in 1885, and tonight, we have tickets for the Hungarian Royal Opera House in Budapest, Hungary.

The neo-Renaissance opera house was designed by Miklós Ybl, a major figure in 19th-century Hungarian architecture.

Built between 1875 and 1884, it was a time when Franz Joseph I was Emperor of Austria and King of Hungary. There had been peace for 20 years and Hungary was prospering.

His wife, the Empress Elizabeth of Austria, Queen of Hungary—fondly known as “Sissi”—spent most of her time in Hungary, either at their sprawling country residence of Gödöllő Palace or the capital city, Budapest. 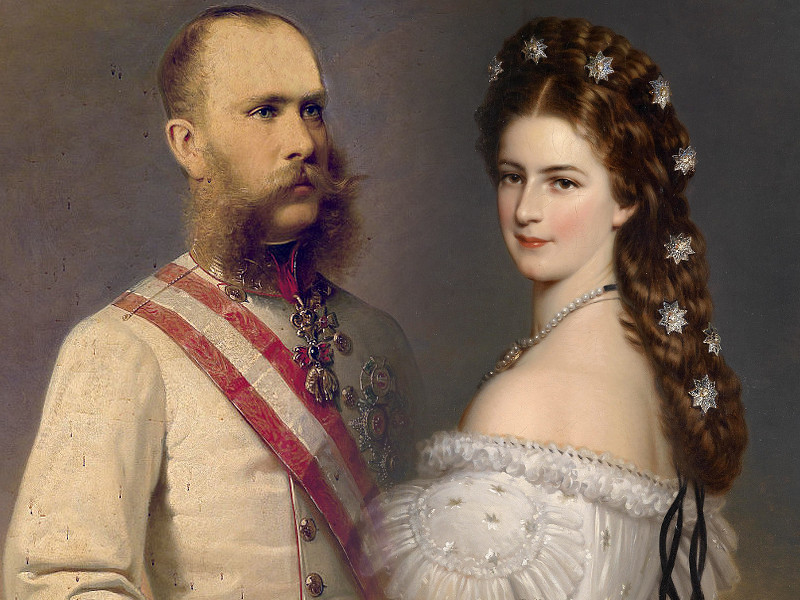 The politics and protocol of the Vienna court did not suit her. She much preferred to ride her horses through the beautiful grounds of Gödöllő and attend the opera in Budapest.

Naturally introverted, it is said that when Sissi wanted to break from the solitude of Gödöllő for the cultural delights of Budapest, she would attend the opera and watch performances from the first-floor proscenium box known as the “Sissi Box”. From here, she could see everything whilst being hidden from public view.

Join us as we follow in Sissi’s footsteps while listening to Ferenc Erkel, who composed the Hungarian national anthem.

This is the Hungarian Royal Opera House in the latter part of the 19th century. 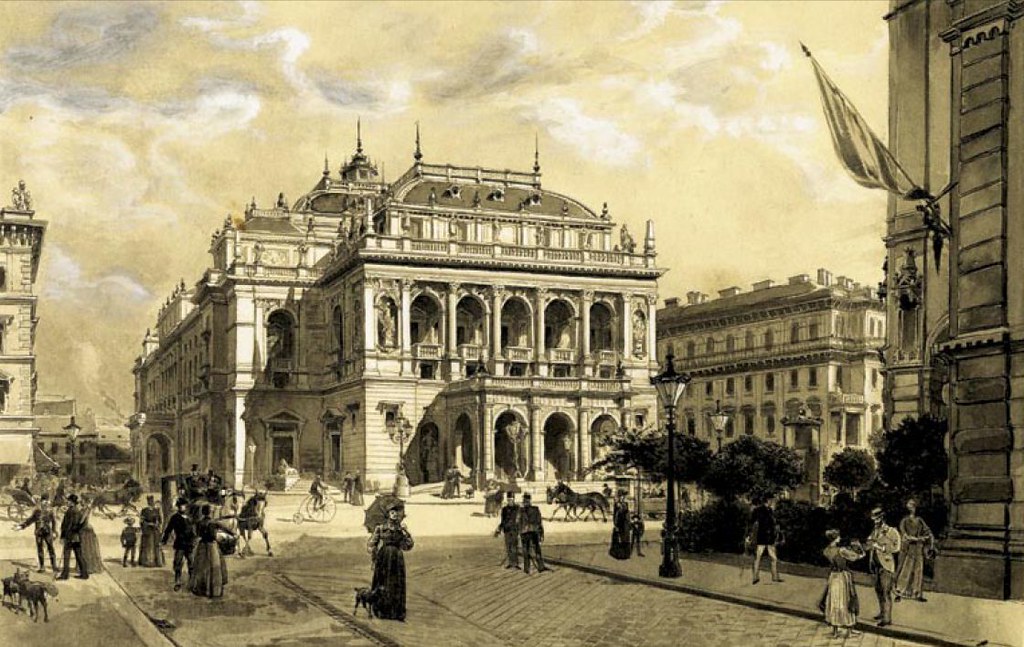 At night, it would have been a glorious sight, lit with softly glowing gas lights, first introduced in 1856.

The main entrance was dazzling, with its richly decorated Baroque interior, marble columns, and vaulted ceiling covered in beautiful murals depicting the nine Muses—the Greek goddesses of literature, science, and the arts.

Going to the opera was a great social occasion for the elite of Budapest society.

A vast, sweeping marble staircase allowed the ladies to show off their new gowns. 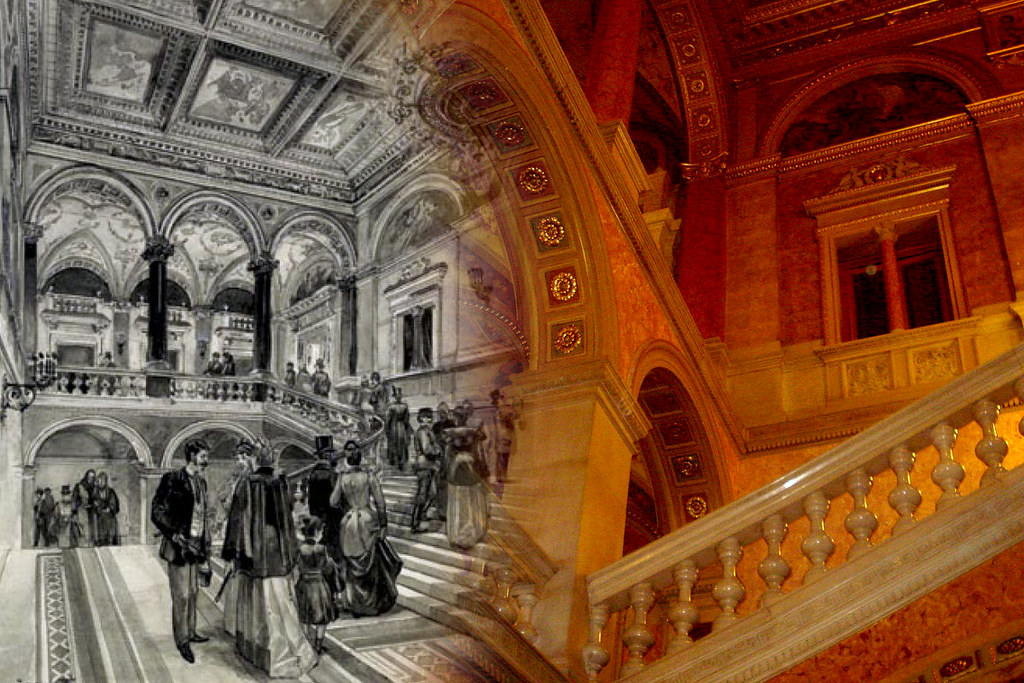 We will use the royal entrance, naturally. The royal staircase takes us discreetly from the street to the parlours on the first floor.

And there is the royal box in the center, with a magnificent view—the best seat in the house.

What a beautiful creation this is. Seating 1,261 people, it has a horseshoe shape and, according to sound measurements, the third best acoustics in Europe.

Sissi preferred the proscenium box—just to the left of the stage. So nice and private—hidden from prying eyes. Those who knew called it the “Sissi box”.

Click on the below image and pan around the opera house in real-time.

Versailles: the Grandest Palace of Them All