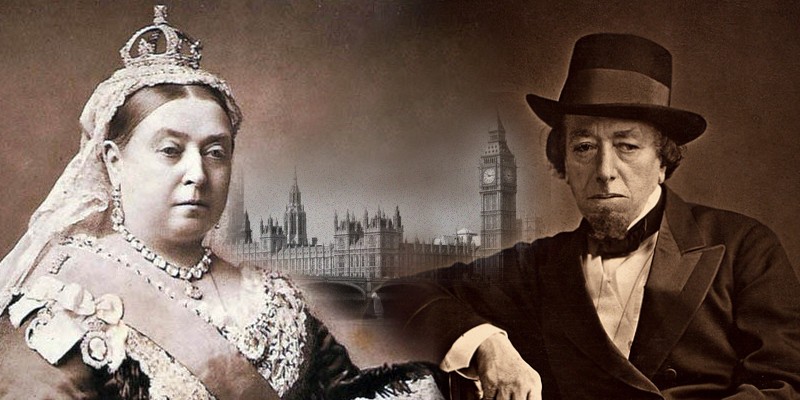 Benjamin Disraeli, 1st Earl of Beaconsfield (1804 – 1881), was twice the Prime Minister of the United Kingdom during Queen Victoria’s reign.

He is remembered for his influential voice in world affairs, associating the Conservative party with the glory and power of the British Empire.

And he was the favorite Prime Minister of Queen Victoria, who told her oldest daughter,

The present man will do well. He is very peculiar … but very clever and sensible … He is full of poetry, romance and chivalry. When he knelt down to kiss my hand, he said “In loving loyalty and faith.”

The first is my favorite Disraeli quote that finds a happy balance between optimism and pessimism. We know things can go wrong, but if we prepare for that, we can maintain an optimistic view of life.
Contains affiliate links

There is nothing more certain than change. Technological change is particularly apparent in our modern age. Disraeli witnessed huge advances in technology and industrialization during the Victorian Era. Just as we accept a change in the weather and prepare accordingly, if we accept change in our lives and prepare as Disraeli suggests, we can manage and deal with change more effectively

Disraeli’s advice on how to be a hero—believe you can do it. Belief in ourselves and our ability to do great things is a prerequisite to being one of life’s heroes.

It pays to dream big—many of the world’s most successful people started with a big dream.

The only true wisdom is in knowing you know nothing — Socrates.

When we realize we don’t have all the facts, we’re prompted to discover them. With today’s web and search technologies, it’s much easier and faster to find information that helps us arrive at the facts and increase our knowledge.

One of the greatest examples of audacity was Washington’s crossing of the Delaware River during the American Revolutionary War in 1776.

Despite bad weather and icy, treacherous water, Washington led a column of Continental Army troops to a surprise victory against the Hessian forces at the Battle of Trenton.

Washington’s audacity turned the tide for the Continental Army that only a week earlier was on the verge of collapse. It inspired soldiers to serve longer and attracted new recruits.

It’s human nature to be critical. Churchill thought that although criticism is unpleasant, it is necessary.

American writer Elbert Hubbard found a solution for avoiding criticism: “do nothing, say nothing, and be nothing”.

But not all criticism is fair, warranted, or justified. Disraeli’s words strike at the heart of the extra care needed for constructive criticism—to improve an outcome by offering valid and well-reasoned options in a friendly manner.

Where courage is the strength to face our fears, bullying is a smokescreen to hide them.

Disraeli advocated courage, not bullying. As a child, he struggled against antisemitism, but his courage and pride in his Jewish heritage saved him from humiliation.

Disraeli suffered defeat and loss in his life through circumstance, but he never felt bitter or unfriendly to those who rejected him. He swallowed his pride and kept the characteristically British “stiff upper lip”.

Disraeli reminds us that the most powerful force on earth is love. It is what gives life its purpose and its continuity.

Celebrating Christmas in World War 2 – Keep Calm and Carry On