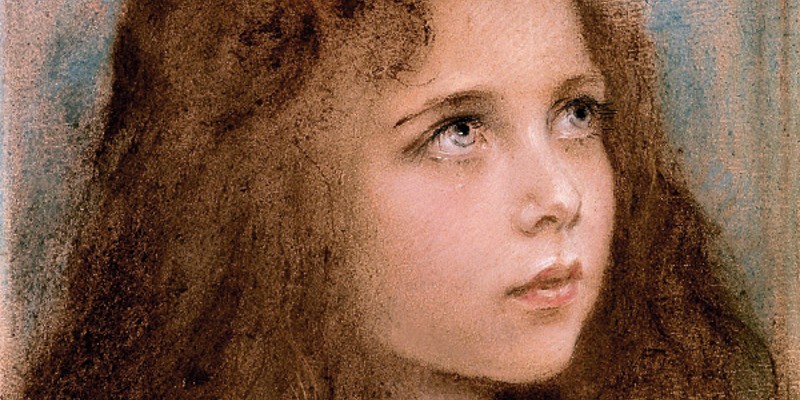 You came, you went with silent trace,
a fleeting guest in Earth’s Land.
Where from? Where to? All we know is:
from God’s hand in God’s hand.
—Ludwig Uhland. 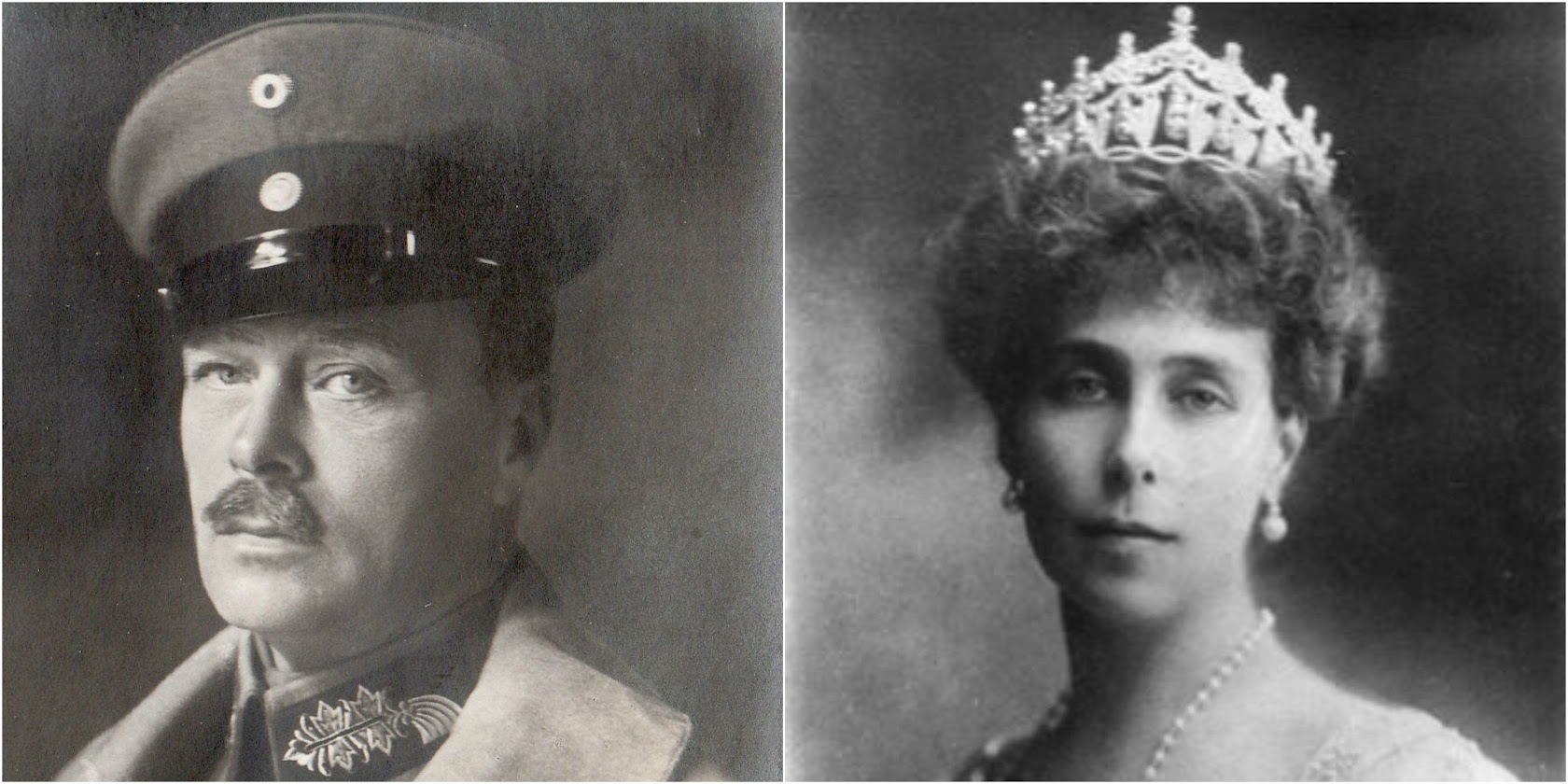 Her parents, nicknamed ‘Ernie‘ and ‘Ducky,’ were first cousins who married at the behest of their common grandmother, Queen Victoria.

The marriage was an unhappy one from the start. 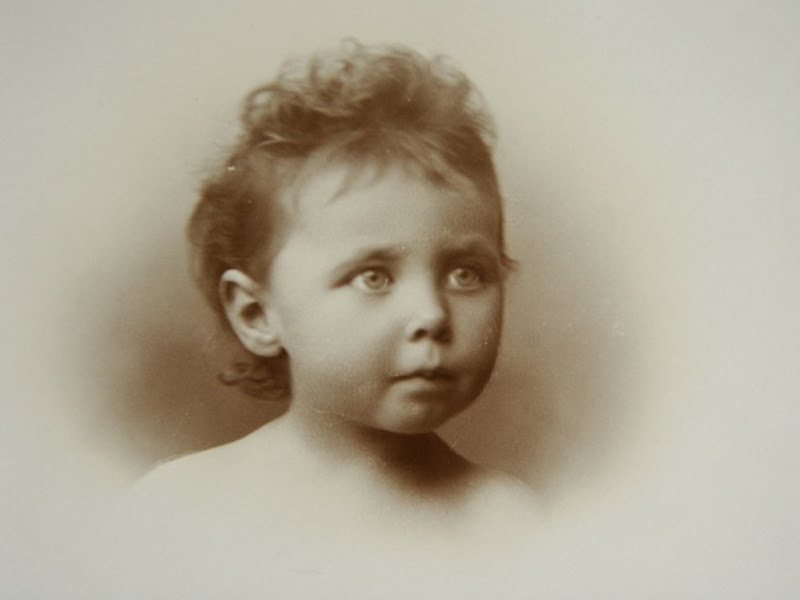 Princess Victoria Melita was eighteen at the time of Elisabeth’s birth. She was fond of her daughter, but Elisabeth was Daddy’s little girl from the outset. 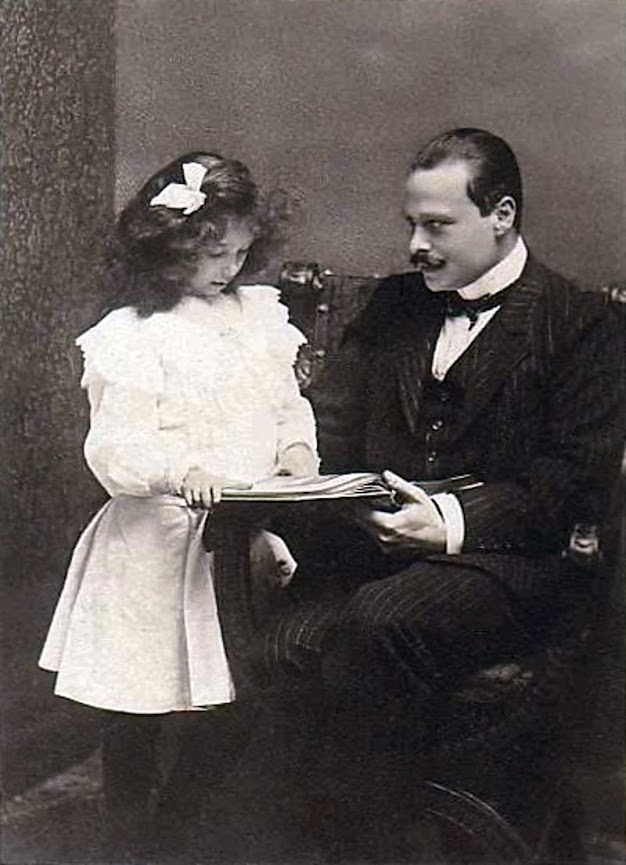 Ducky wanted to end the unhappy alliance, but Queen Victoria refused to consider permitting her grandchildren to divorce because of what it might do to Elisabeth.

However, when Queen Victoria died in January 1901, so ended opposition to the end of the marriage.

The couple were divorced in news that scandalized the Courts of Europe.

It was unheard of for a sovereign to terminate his marriage legally.

Though both had done their best to make a success of their marriage, it had been a failure …Their characters and temperaments were quite unsuited to each other and I had noticed how they were gradually drifting apart.Princess Louis of Battenberg.

Ducky went to live with her mother at Coburg. She shared custody of Elisabeth, who spent six months with each parent.

Elisabeth blamed her mother for the divorce and Ducky had a difficult time reconnecting with her daughter. 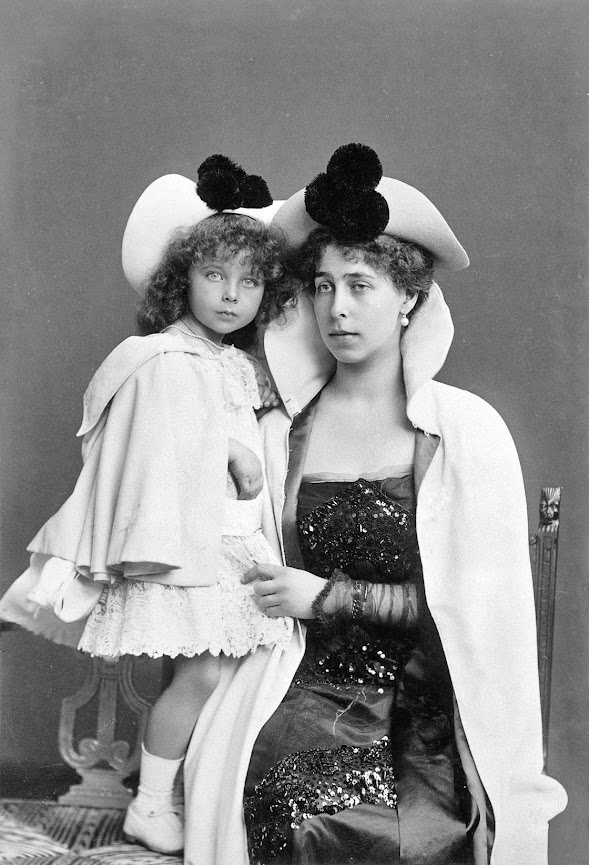 Elisabeth and her loving father now had nothing but time to spend together.

They played endless games in the grounds of Wolfsgarten.

One day in early 1902, Elisabeth told her father about her dream of a small house of her own, hidden deep in the woods.

During a visit to her mother in Coburg, Ernie built a perfect, miniature house, just as she described, with white walls and a steeply pitched roof, a chimney looped to look like a needle, and glass witch balls in the garden to keep the little girl safe.

This little house was built just for me in the year 1902. 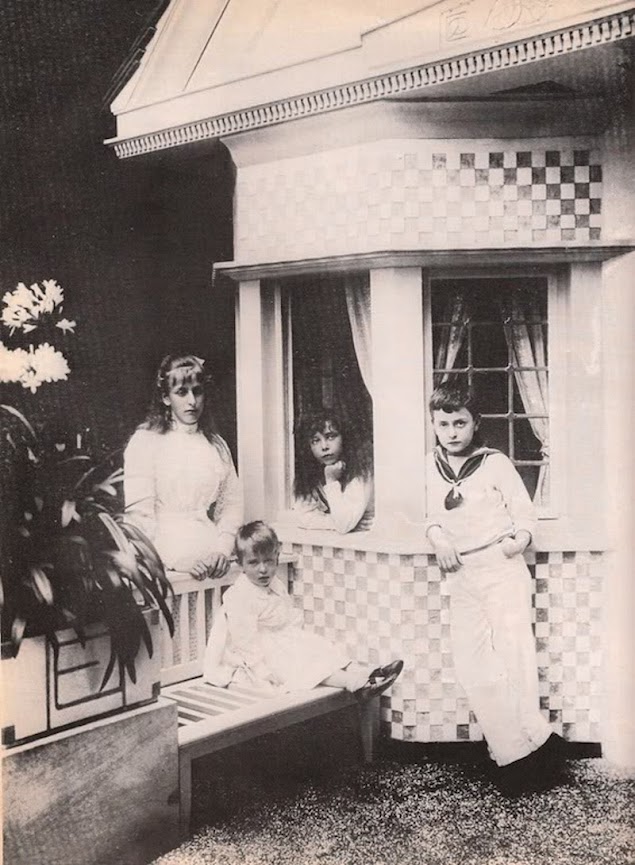 Above the door was an inscription: “This little house was built just for me in the year 1902.”

Adults were not allowed to enter “much to the frustration of royal nurses and tutors, who could be seen pacing up and down impatiently outside as they waited for their high-spirited young charges to stop their games and emerge.”

In autumn, 1903, Elisabeth and her father traveled to Poland for a long visit with their Russian relatives at Imperial hunting lodge of Skernevetski.

Elisabeth played with her cousins on swings and rides in a small carriage pulled by a pair of tame deer. 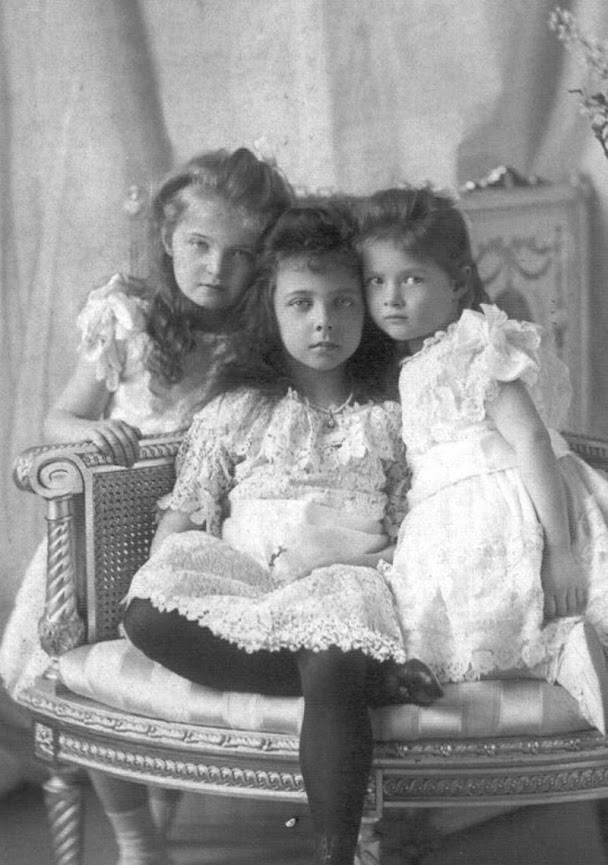 The next morning, when Elisabeth complained of a sore throat, the Russian court doctor put it down to too much excitement.

Elisabeth seemed in good spirits, but suddenly, she lapsed into unconsciousness.

Injections of caffeine and camphor revived her, but she was in agony, with sharp pains in her chest and had difficulty breathing.

By early morning, the doctor diagnosed a virulent form of suppressed typhoid.

I think I’m dying. Send a telegram to Mama. 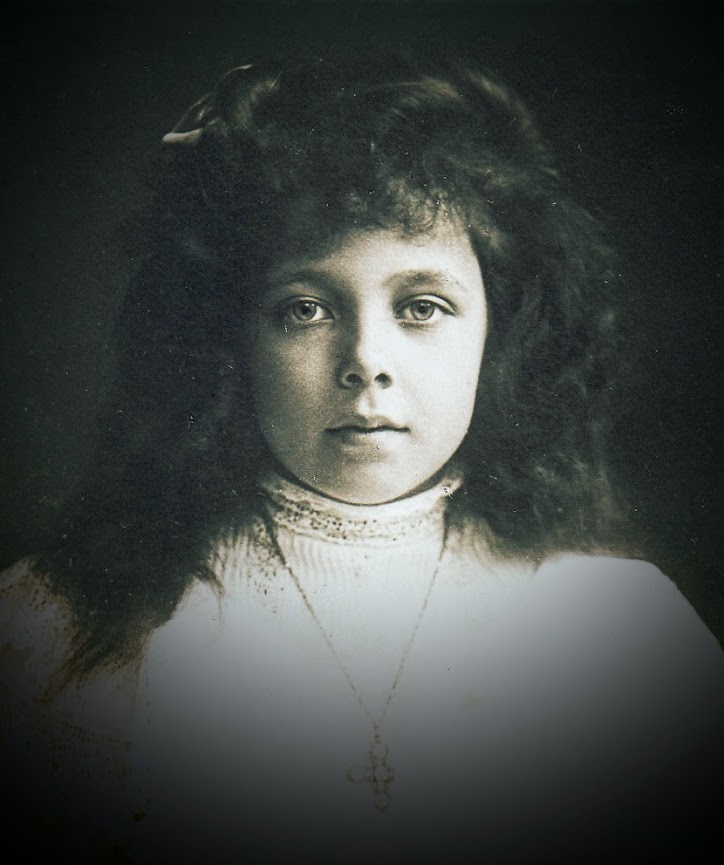 “I think I’m dying,” Elisabeth whispered to her aunt Empress Alexandra in a brief moment of quiet. “Send a telegram to Mama.”

By the time Ducky received the telegram, it was too late.

Just as she was leaving, a second telegram arrived with the tragic news that Princess Elisabeth had died at 7 a.m. 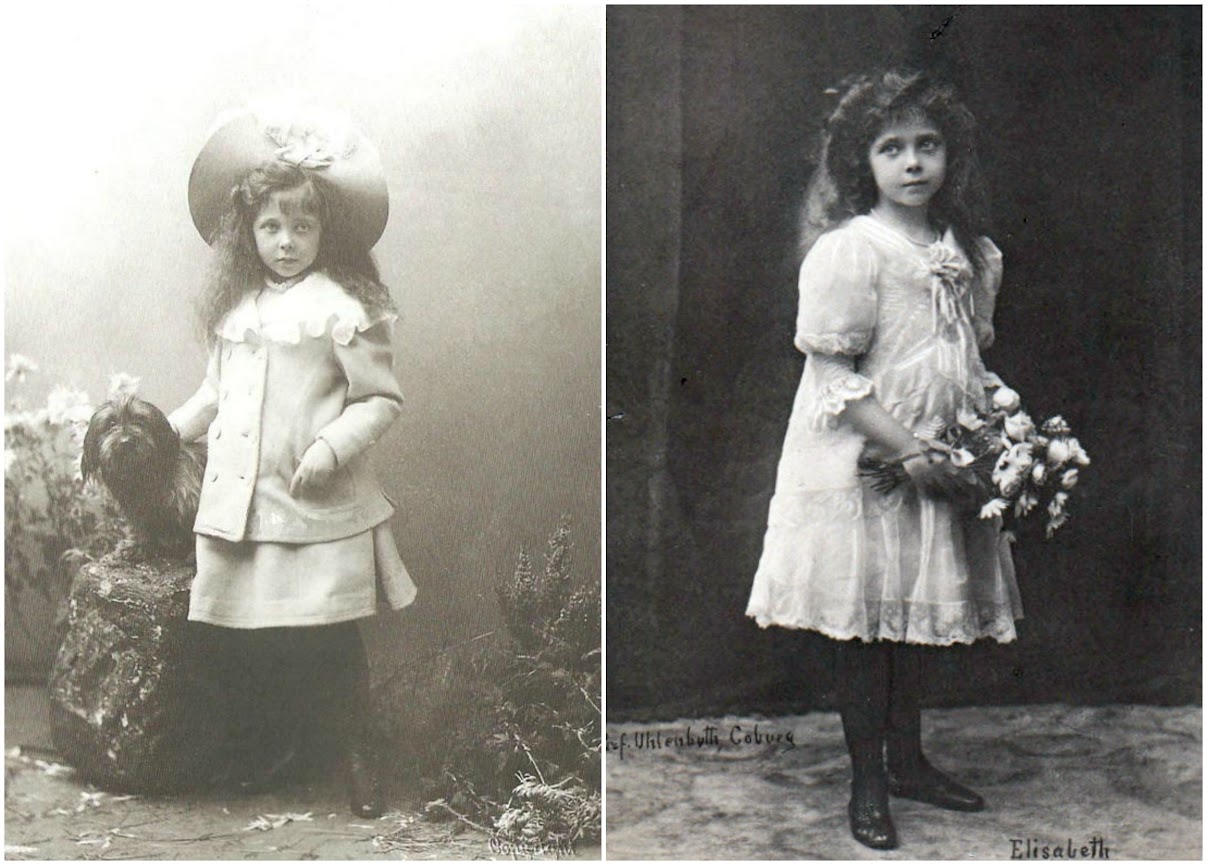 My dearest Elisabeth was my only sunshine.

Mother and father placed their daughter’s body in a small silver casket for the long journey home to Darmstadt.

Thirty years later, still heartbroken, Ernie recalled the terrible hours on the funeral train. “My dearest Elisabeth, ” he said, “Was my only sunshine.” 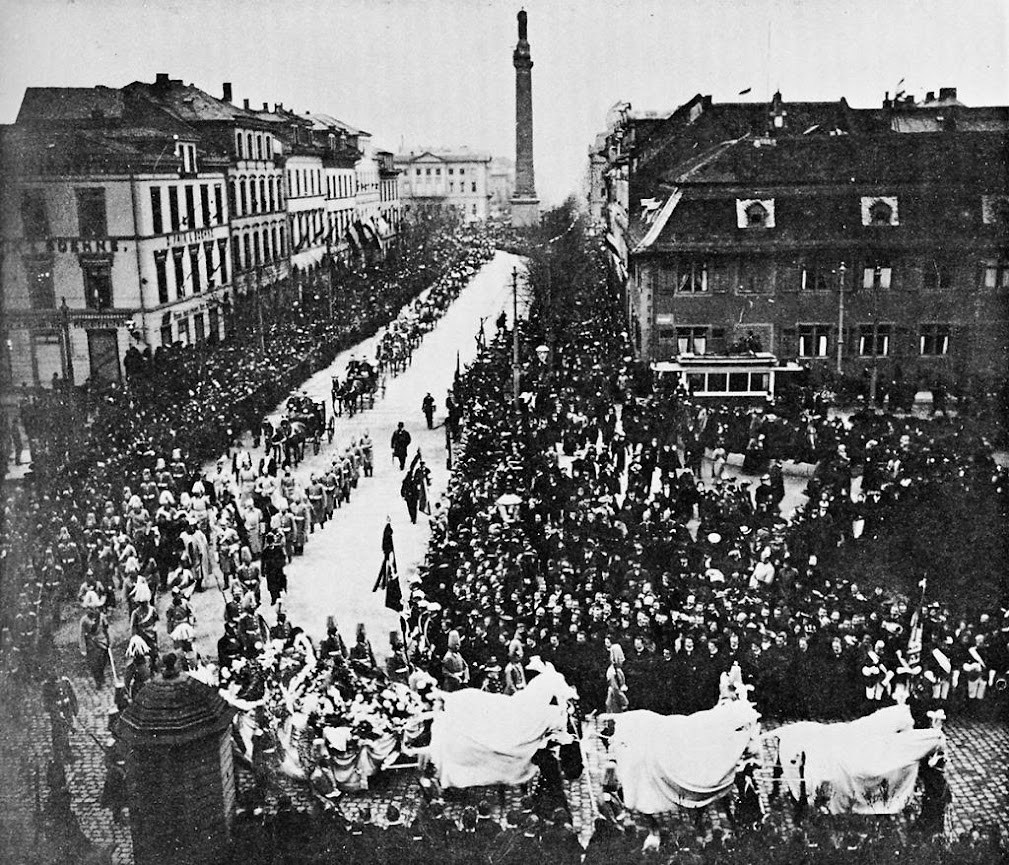 Elisabeth was buried in the Rosenhohe, in a ceremony planned by her father.

Her grave can still be visited today, halfway along a quiet wooded path, guarded by a perfect Art Nouveau angel, and within sight of Ernie’s own resting place. 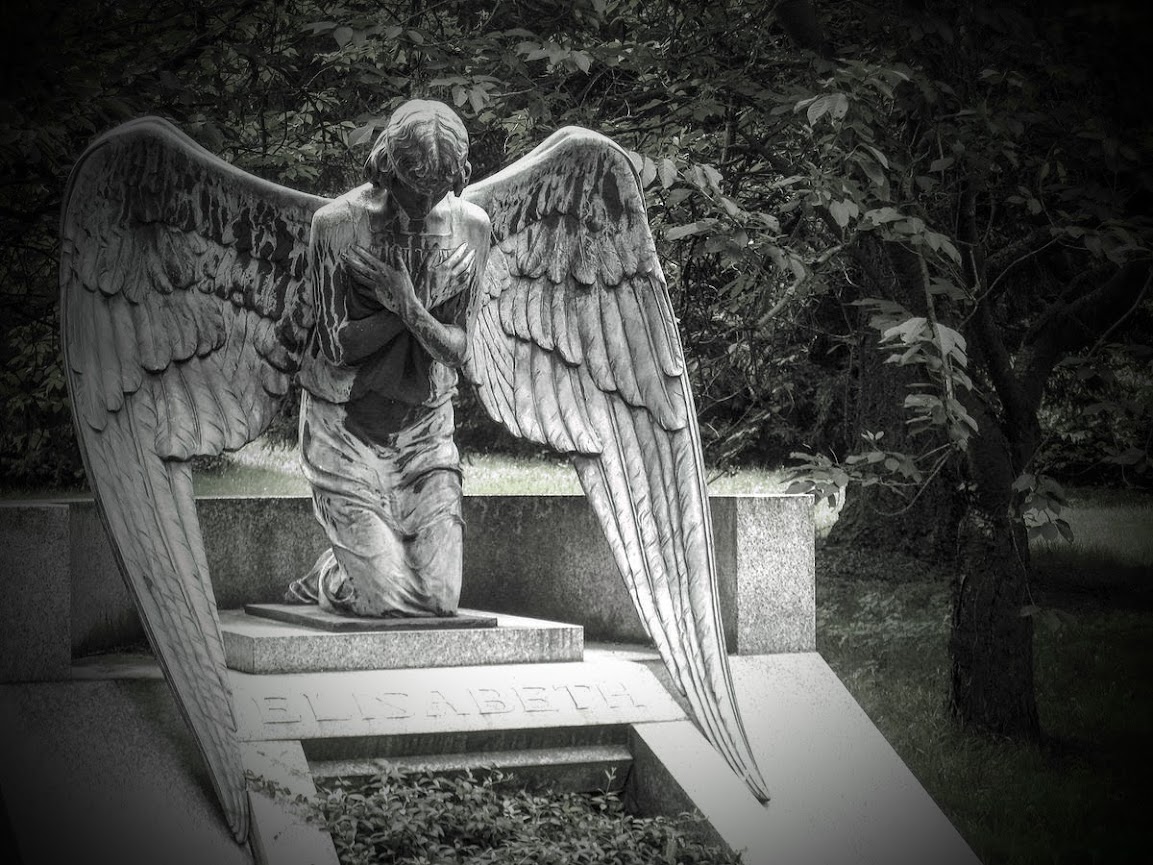 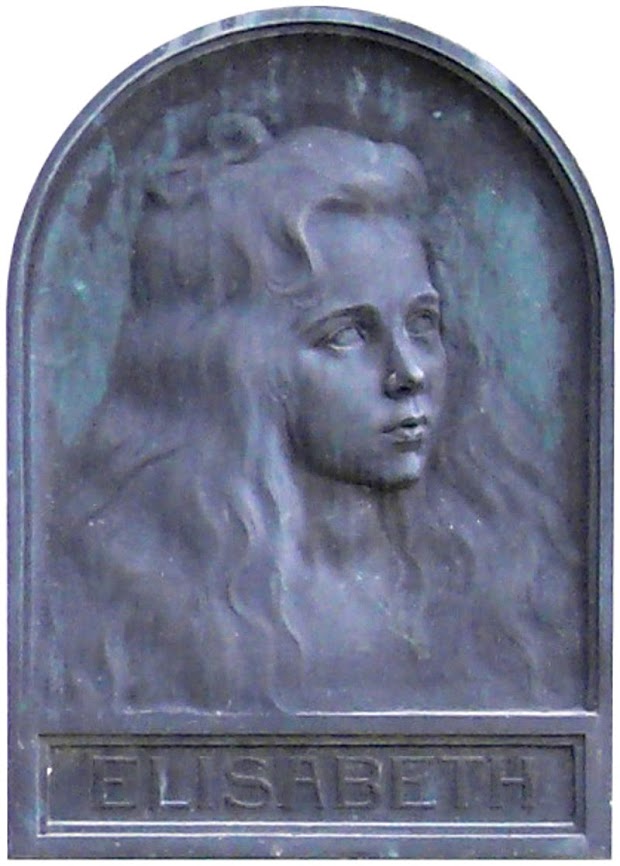