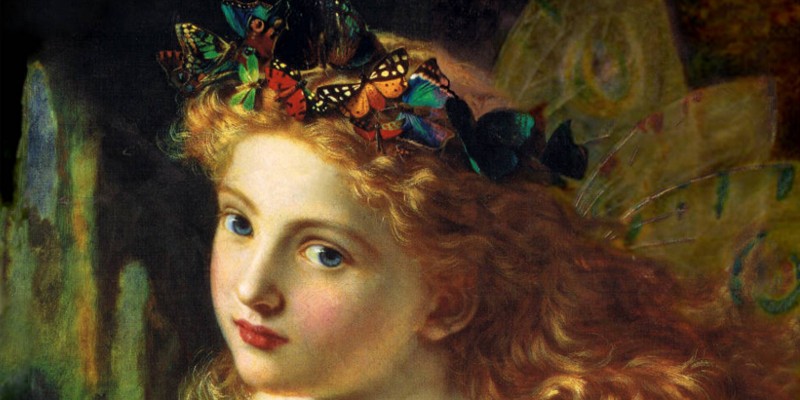 Do you believe in fairies?

As a child, my parents told me that when a tooth fell out, I should place it under the pillow and the tooth fairy would come and take it away.

Not only that, the fairy would leave a shiny five-penny piece in exchange.

That night I dreamt of little people with wings, scampering about and annoying the cat.

Lo and behold, the next morning the tooth had gone and there was a shiny five-pence coin in its place.

No wonder Cinderella is such an enduring and popular story. With a magical spell, her Fairy Godmother transforms Cinderella’s fate from one of drudgery to one of enchantment.

Originating in English folklore, the earliest mentions of fairies are in the writings of Gervase of Tilbury, a 12th-century English scholar and canon lawyer.

During his many travels to different kingdoms and provinces, Gervase compiled a compendium of hundreds of stories about the unexplained marvels of the natural world.

Called Recreation for an Emperor (Otia Imperialia), many of the stories had moral lessons about being a good Christian and a good king.

He wrote about enchanted places with animals that had human characteristics, and spirits that were both good and evil—like fairies.

When we think of fairies, most of us probably think of the good fairies like those featured in Walt Disney movies.

But there was a time when people genuinely feared fairies.

Much of the folklore of fairies revolves around protection from their malice.

Back in a time when the world was a much more mysterious place, people feared offending fairies who could cast evil spells or curses on a whim.

In Ireland in particular, such was the fear of upsetting the fairies, that instead of referring to them by name, they were euphemistically called the Little People, the Gentry, or the Neighbors.

C. S. Lewis, the author of The Chronicles of Narnia, knew of a haunted cottage that was feared more for its reported fairies than its ghosts.

Fairy paths were avoided and digging in fairy hills forbidden. Some homes even had corners removed for fear of blocking the fairy path.

Cottages were sometimes built with the back door directly aligned with the front, both being left open at night whenever it was deemed necessary to let the fairies pass through.

In traditional stories and legends, fairies didn’t have wings. Flying varieties grew in popularity much later.

Pixies, Elves, Goblins, Trolls, and Leprechauns were the most common species of folklore.

Most of us can’t see fairies. They live in a parallel universe called the “realm of the fey.”

According to legend, fairies went into hiding to avoid us because … well, we invaded their lands, so what else could they do?

As we modernized the world with electricity, built roads and cities, and cut down trees, the fairies were forced to “go underground” and hide in caves, burrows, underwater fortresses, and finally into the spirit world.

Come away, O human child!
To the waters and the wild
With a faery hand in hand,
For the world’s more full of weeping than you can understandWilliam Butler Yeats, 'The Stolen Child'

Shakespeare knew all too well that the best time to see fairies is Midsummer’s Eve.

This is when the invisible veil that separates us from the fairies is thin enough to allow people to see and interact with them.

Hand in hand, with fairy grace,
Will we sing, and bless this place.William Shakespeare, A Midsummer Night's Dream You might even be lucky enough to watch them dancing. But be patient—you could be waiting hours just for one glimpse.

We the Fairies, blithe and antic,
Of dimensions not gigantic,
Though the moonshine mostly keep us,
Oft in orchards frisk and peep us.Thomas Randolph

In 1917, Elsie Wright and Frances Griffiths—two young cousins from Cottingley in West Yorkshire, England—caught some fairies on camera.

Here at last, was clear evidence of the existence of fairies.

Some 63 years later, Elsie and Frances admitted to using cardboard cutouts copied from a popular children’s book of the time.

But there was a twist to the tale.

Altogether, they had taken five photographs, admitting the first four were fake, but insisting the fifth was real.

It was the Victorians and Edwardians who made the present-day notion of flying fairies so popular.

David was his mother’s favorite and James tried to comfort her by pretending to take his brother’s place.

The comfort it gave his mother inspired James to go on to write his most famous work about a free-spirited young boy who could fly, lived on a mystical island called Neverland, and never had to grow up.

[W]hen the first baby laughed for the first time, its laugh broke into a thousand pieces, and they all went skipping about, and that was the beginning of fairies. And now when every new baby is born its first laugh becomes a fairy. So there ought to be one fairy for every boy or girl.James Matthew Barrie, Peter Pan

And you may lead a thousand men
Nor ever draw the rein,
But before you lead the Fairy Queen
‘Twill burst your heart in twain.
Rudyard Kipling

So why are we still fascinated with fairies in our modern age?

Could it be we cling to the fairy stories our parents read to us before bed?

Or could it be that fairies are real and they steal away our imaginations to a magical place—one that we rather enjoy. A land of adventure, of mystique, of enchantment. A land where we struggle to overcome evil, yet prevail.

And that could be their greatest appeal, for fairy stories usually have a happy ending.

Do you believe in fairies?

Faeries, come take me out of this dull world,
For I would ride with you upon the wind,
Run on the top of the dishevelled tide,
And dance upon the mountains like a flame.William Butler Yeats, 'The Land of Heart's Desire,' 1894