1. The Belle Époque was an era of peace and plenty between wars

The French expression Belle Époque was used in retrospect after the horrors of World War One—a term of nostalgia for a simpler time of peace, prosperity, and progress.

At the beginning of the Belle Époque, France was recovering from defeat in the Franco-Prussian War—a defeat of staggering proportions. In just 9 months, France suffered 138,871 dead, 143,000 wounded, and 474,414 captured—a total that was more than six times that of the Prussian opposition.

In the wake of the Franco-Prussian War, Paris would suffer again through the Commune—a short-lived internal conflict between radical revolutionaries and the French Government. More tragedy and more loss, with estimates ranging from 7,000-20,000 revolutionary “Communards” killed.

Between the Paris Commune and the German heavy artillery bombing, Paris was a mess by the time a ceasefire was signed.

At the end of the Belle Époque, the winds of war were once again in the air. This time, it would be a thousand times worse.

One look at the devastation—hell on earth—and it’s easy to imagine every French soldier huddled, shivering in the filth of trench warfare, trying desperately to cling to the distant memory of a beautiful time—the Belle Époque.

2. It was a global phenomenon

Similar periods of economic growth were experienced in Britain during the late Victorian and Edwardian eras, in Germany under Kaiser Wilhelm I and II during the German Reich, in Russia under Alexander III and Nicholas II, in the United States in a period called the Gilded Age, and in Mexico during the Porfiriato.

Austrian-turned British, and Jewish banker, Baron Ferdinand de Rothschild’s weekend retreat of Waddesdon Manor in Buckinghamshire—built between 1874 and 1889—epitomizes the excesses of the era’s aristocracy in Britain.

Russian aristocrats enjoyed waltzing the night away at lavish balls in St Petersburg.

The Porfiriato was an era when Porfirio Díaz was president of Mexico from 1876-1911. He promoted order and progress that modernized the economy and encouraged foreign investment. The Porfiriato ended in 1910 with the outbreak of the Mexican Revolution.

The Gilded Age was a period of rapid economic growth in the United States—an era when anyone was a potential Andrew Carnegie, and Americans who achieved wealth celebrated it as never before.

3. It was an era of huge urban population growth

Chicago experienced even greater growth, with a staggering ten-fold increase in population between 1870 and 1900. 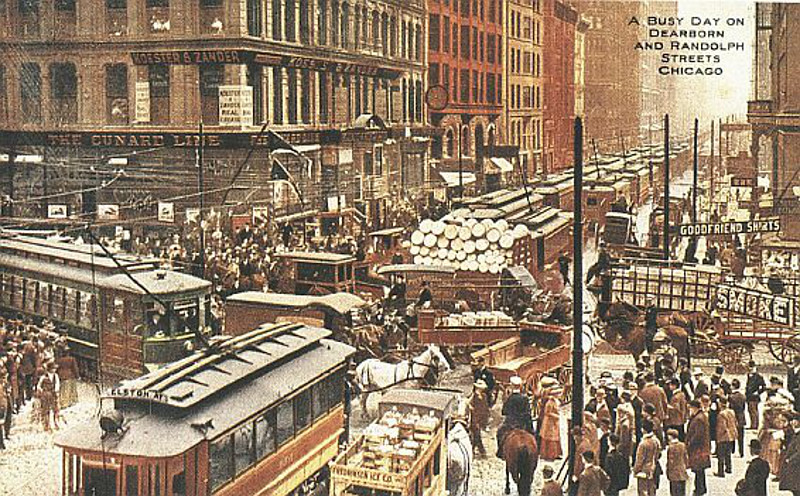 4. The Belle Époque was an era of progress and prosperity

With the humiliating defeat in the Franco-Prussian war a distant memory, the Paris Expositions of 1878, 1889 and 1900 celebrated France’s recovery.

At the Exposition of 1878, the gardens of the Trocadéro displayed the full-size head of the Statue of Liberty, before the statue was completed and shipped to New York.

Gustave Eiffel’s thousand-foot tower was symbolic of just how far France had come. It was the tallest manmade structure in the world and stood at the entrance to a showcase of French ingenuity and engineering mastery.

An equally significant building was the Machinery Hall. At 111 meters (364 ft), it spanned the longest interior space in the world at the time.

5. It was an era of cultural exuberance

Marked by the red windmill on its roof, the Moulin Rouge is considered the spiritual birthplace of the modern version of the can-can dance.

Befitting the decadence of the times, the dance was considered scandalous and there were even attempts to repress it. Women wore pantalettes, which could be unintentionally revealing.

The club’s decor still holds the romance of fin de siècle (end of the century) France.

Paris was both the richest and poorest city in France. An 1882 study of Parisians concluded that 27% of Parisians were upper- or middle-class while 73% were poor.

During America’s Gilded Age, the wealthiest 2% of American households owned more than a third of the nation’s wealth, while the top 10% owned roughly three quarters.

In New York, the opera, the theatre, and lavish parties consumed the ruling class. Mrs. Stuyvesant Fish once threw a dinner party to honor her dog who arrived sporting a $15,000 diamond collar.

7. It was an era of scientific and technological advancement

The second wave of the industrial revolution seized the world.

Along came cameras, electric lights, the telephone, the gramophone, the automobile, and the dawn of air travel.

When Queen Victoria invited herself to Rothschild’s Waddeston Manor, it is said she was so impressed with the electric lighting that she spent 10 minutes switching an electric chandelier on and off.

8. An era of art and architecture

Although the architecture of the Belle Époque combined elements from several styles, the predominant architectural style was Art Nouveau.

A reaction to the academic influence of the Académie des Beaux-Arts, Art Nouveau (“new art”) was inspired by the natural forms and structures of flowers, plants, and curved lines. Architects tried to harmonize with the natural environment.

The Paris Exposition Universelle of 1900 was an Art Nouveau extravaganza.

9. The Belle Époque was an era of fashion

Jeanne Paquin was one of several fashion designers of the Belle Époque. She became known for her publicity stunts including sending her models to the races and the opera to get her designs noticed. 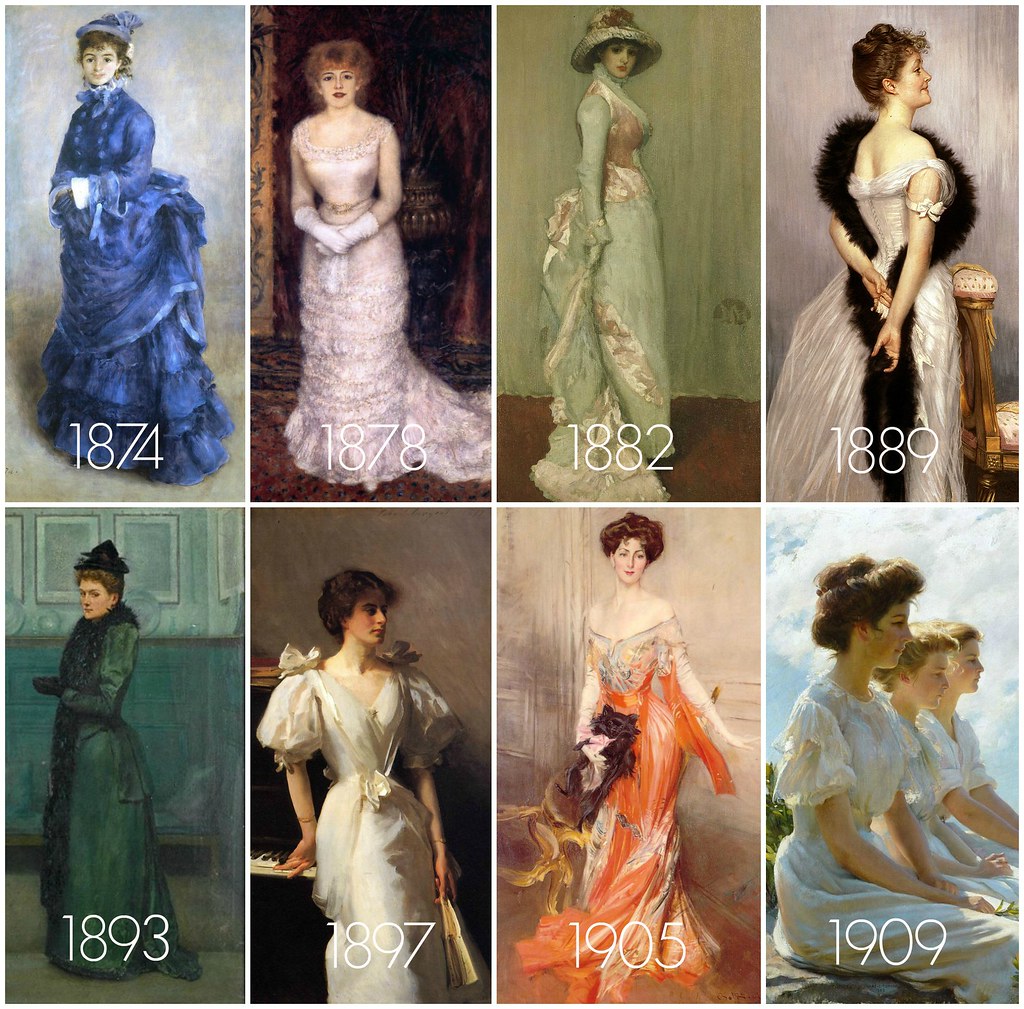 10. It was an era of Imperialism

The “Scramble for Africa” was a race by European powers to colonize as much of Africa as possible in the latter part of the 19th century.

By the end of the 19th century, Africa was one of the last regions of the world unaffected by Imperialism. That was about to change.

France and Britain in particular carved out huge swathes of land, with France concentrating on Northwest Africa and Britain wanting the eastern ports as stopovers for it’s Indian and Asian trade routes.

Cecil Rhodes was the man behind Rhodesia (now Zimbabwe) and the world-famous de Beers diamond company. His British South Africa Company acquired the land during the Belle Époque.

The Belle Époque was a beautiful era, but as Mark Twain described the Gilded Age, it was a thin veneer hiding systemic problems—discontent among the working classes, political tensions between nation states, militarism, imperialism, and to top it all, an unyielding arms race that by 1914 was a bubble about to burst. All that was needed was a trigger event.

The Romanov family and the Ghosts of Alexander Palace