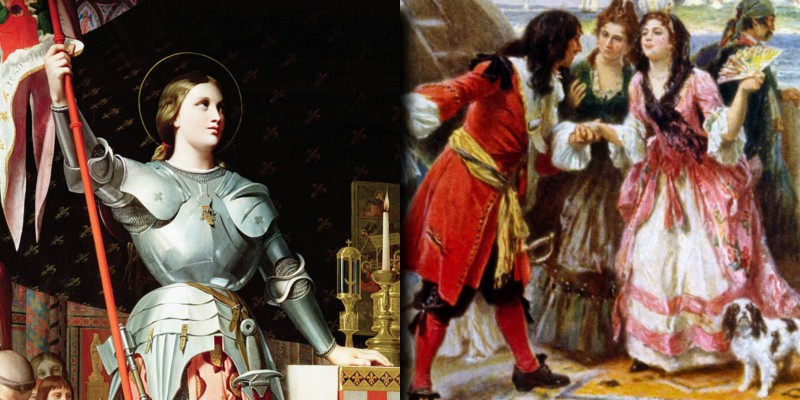 Two fateful events that happened on this day in history.

Joan of Arc is captured by the Burgundians at the Siege of Compiègne.

It was 23 May 1430 during the Hundred Years' War between France and England. 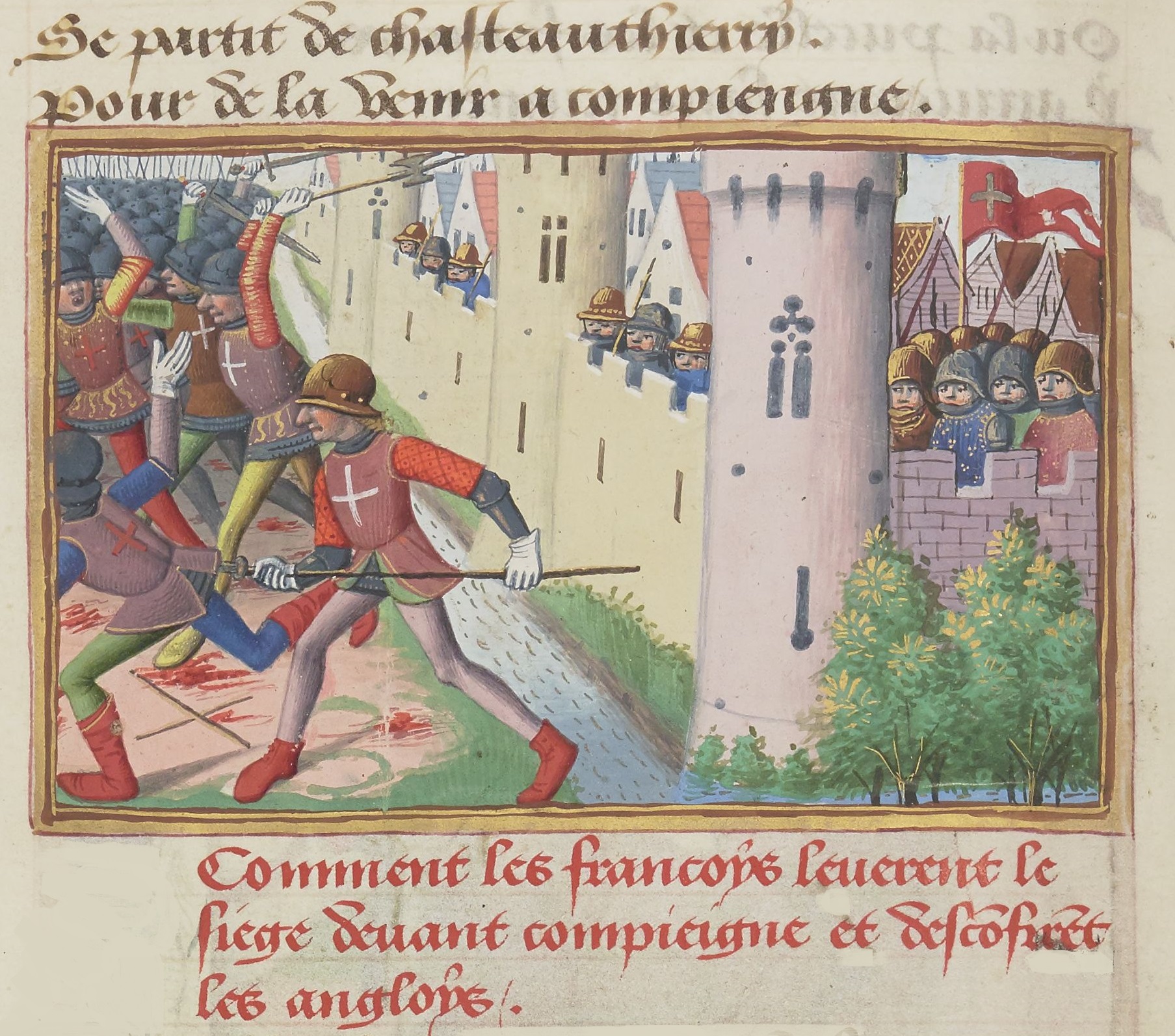 In 1430, England was ruled by John, the Duke of Bedford, acting as regent under the child King, Henry VI.

Allied with England, the Duke of Burgundy, Philip the Good, had helped England conquer most of northern France during the preceding ten years.

A series of military blunders had reignited French patriotism under the leadership of Joan of Arc and Duke John II of Alençon.

The French city of Compiègne was under siege from an English and Burgundian force.

Joan led an army to help relieve Compiègne by attempting to attack the Burgundian camp north of the city.

Her plan failed as she was ambushed and captured by the Burgundians.

Surrounded, she was pulled off her horse by an archer and surrendered to Burgundian nobleman, Lionel of Wandomme.

It was all over for Joan.

She was imprisoned at Beaurevoir Castle, and despite several escape attempts, including jumping from her 70-ft tower onto the soft earth of a dry moat, her fate was sealed.

For a fee of 10,000 livres, the Burgundians transferred her into English hands at Rouen.

Fighting for the French cause, the Armagnacs tried to rescue her with several unsuccessful military campaigns against Rouen.

King Charles VII of France threatened to "exact vengeance" upon the Burgundians and against "the English and women of England" in retaliation for their treatment of Joan.

To this day, Saint Joan has remained a popular hero in art and cultural works.

The pirate Captain William Kidd is hanged in London, England

Born in Scotland and settling in the newly anglicized New York City, it remains unclear whether Captain Kidd was one of the most notorious pirates in history, or an unjustly accused privateer.

What is known is that in 1689 he was involved in a mutiny aboard a pirate ship sailing the Caribbean.

Having commandeered the ship, and with Kidd as Captain, they set sail for Nevis, a Caribbean island under British sovereignty.

Here, Kidd and the crew were hired by the island's Governor to protect it from the French, with whom England was at war.

Although not paid directly, they were allowed to share in the spoils of captured enemy vessels.

Life was good for Captain Kidd. In one instance Kidd and his men attacked the French island of Marie-Galante, destroying the town and looting a small fortune.

In 1691, Kidd married twice-widowed Sarah Bradley Cox Oort, one of the wealthiest women in New York.

Could life get any better?

His luck turned when he was commissioned to go on a pirate-hunting expedition by the governor of New York, backed by some of the wealthiest men in England and sanctioned by none other than King William III of England. To turn this voyage down would have been disloyal to the crown.

After rounding the Cape of Good Hope and heading past Madagascar for the southern entrance to the Red Sea, Captain Kidd did not encounter the pirates he had been expecting.

The overly ambitious campaign was failing, and Kidd had to fend off open threats of mutiny from a crew depleted by cholera and desertion.

When a Dutch ship came into sight, gunner William Moore urged Kidd to attack. But Kidd did not want to anger Dutch-born King William. A fight broke out and Kidd ended up murdering Moore.

In 1698, Captain Kidd attacked an Armenian merchant ship sailing under a French flag. By this time, his crew was desperate for spoils and the ship was seized. But Kidd discovered the captain was an Englishman sailing with passes purchased from the French East India Company. He ordered his crew to return the ship to the English captain, but they refused and Kidd failed to win control of the situation.

It was too late. This act labeled Captain Kidd as a pirate for which, together with the murder of Moore, he would pay for with his life.

Kidd was now a wanted man and being hunted by several English warships.

Realizing his ship was marked, he hid it in the Caribbean along with buried treasure, hoping to use it as a bargaining chip.

Bellomont, the Governor of New York who had hired Kidd for the expedition, was afraid of being implicated in piracy. He deviously lured Kidd with false promises of clemency, and in 1699, arrested him.

Treated harshly in prison before being deported to England, Kidd faced trial believing his benefactors would save him. But alas, they did not.

Captain Kidd's body swung from a gibbet over the Thames river as a deterrent against would-be piracy.

He left this world only to enter the world of myth and legend.

But Edgar Allen Poe's The Gold-Bug and Washington Irving's The Devil and Tom Walker were also influenced by the tale of Captain Kidd.